Linkedin
BY Iulia-Cristina
Content Manager
Iulia-Cristina Uță is one of the most passionate writers when it comes to the ...
Feb 118 min read

Read more about Mark Manson, his bestselling books, his anti-self-help self-help philosophy and why you should come to see him live on May 4, 2020. 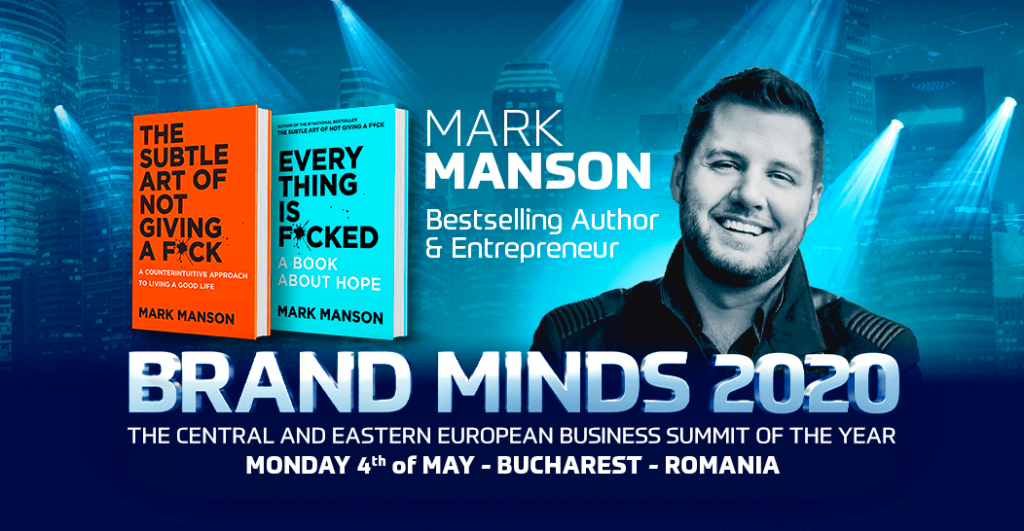 The 24-year-old bright-eyed man steps into his cubicle at a large, prestigious bank in Boston. He had just graduated Magna cum Laude from the School of Management at Boston University, with a BA in International Business. He was lucky to get a job in finance fresh out of school. “It’s a promising start to a promising career in business or on Wall Street”, he muses looking out his cubicle over to his office colleagues. Some are typing enthusiastically completely caught up in work, while others look like if given a chance, they would rush out the door never to return. Soon enough, he would find himself searching for a good reason to show up at work every day. He couldn’t find any. “This is not what I want to do with the rest of my life”, he tells himself. Six weeks later, he handed in his resignation.

The young man’s name is Mark Manson, and this is the moment that shaped his future.

Intellect is great. Work ethic is great. Ability to adapt is definitely necessary. But you also need the emotional drive to push you to achieve your dreams.

Mark’s first book, The subtle art of not giving a f*ck was released in 2016 and questioned our conventional wisdom on what makes us happy. 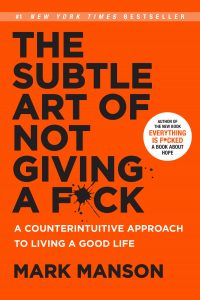 Once the word-of-mouth kicked in, the book took off in a matter of months and was included in the New York Times Bestsellers list at #1 selling 9 million copies worldwide to date. The book has been translated into 30 languages and reached #1 in fourteen different countries. At the time of this article, The subtle art of not giving a f*ck has been on the list for 163 weeks, where it now sits at #5.

Resilience, happiness and freedom come from knowing what to care about–and most importantly, what not to care about. This is a masterful, philosophical and practical book that will give readers the wisdom to be able to do just that.

Ryan Holiday, New York Times bestselling author of The Obstacle is the Way and Ego is the Enemy

Last year, Mark published Everything is f*cked. Questioning our assumptions on what makes life worth living, the book went straight to #1.

Mark Manson has succeeded in explaining a crazy world to an entire generation by invoking hard science, moral philosophy, and gobs of hilarious wit. This book is guaranteed to make you laugh, question your beliefs, and (hopefully) change your life. 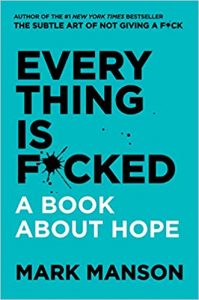 Mark Manson is not an overnight success. He set out to become a writer and worked for his goal for twelve years. His writing flows effortlessly off the page because it is the result of continuous style crafting, looking to strike a balance between stories, psychological insights and irreverent jokes.

I like to say that I’ve declared a new sub-genre of personal development based on solid science, pragmatic applications, and a bit of old fashioned “go fuck yourself” wisdom. I sometimes think of it as Negative Self-Help—an approach to personal growth that’s not based on what feels good, but rather on what feels bad. Because getting good at feeling bad is what allows us to feel good.

He runs MarkManson.net, one of the largest independent publishing sites in the world

After a few years of going broke several times, moving in with his mother and working 10-16 hours a day, his online businesses finally took off. He starts earning a full-time steady income while travelling the world as a digital nomad at 25.

Seven years later he had been to 60 countries, from Ukraine to China and India, Germany and Portugal and learned to speak three languages.

During his travelling years, he lived life to the fullest, experiencing emotional highs and lows.

In 2009, he started blogging as a way to promote his business and soon, the blog took on a life on its own.

Happiness is like being cool: the harder you try the less it’s going to happen. So stop trying. Start living.

His counterintuitive approach to living a good life and his blunt to-the-point writing style make a powerful combination which earned him a large readership.

Over the years, his blog MarkManson.net became one of the largest personal growth websites in the world with more than 2 million monthly readers and 500.000 subscribers.

In 2018, Hollywood actor Will Smith took to social media to announce he began working on his first book, a self-help/memoir. To help him write his book, Will reached out to Mark Manson, the bestselling author of two self-help books for people who hate self-help books. The duo’s book is expected to be released in 2021.

Investing our identity in factors outside of ourselves (what people think of us, how much money we make, stuff we own) isn’t healthy and generally backfires. Happiness studies consistently bring back two findings: the first, that we derive far more happiness from experiences than we do from possessions, and second, that we’re better off investing our energy in our relationships than the things we own.

We’re always making a choice about what to care about

Our life is not a constant stream of amazingness, it’s a mirage, not everything is awesome all the time. So decide what you care about and be comfortable at being different.

Certainty is the cause of a lot of bad things

Most of our assumptions are wrong because they are based on biases. Learn how to let go of your certainties and assumptions and live a better life.

Are you ready to improve your personal development? 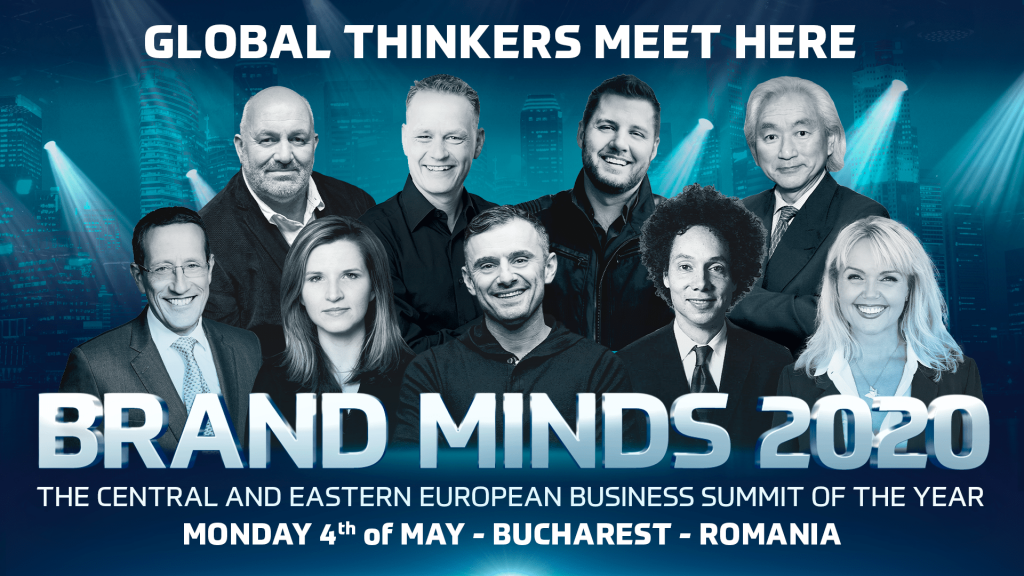 What Voice Search And AI Mean For Your Business

Learning: a never-ending job for marketers

Google. Amazon. Microsoft – who will win the Cloud war?

Oprah: The Little Girl In A Potato Sack Who Became A World-Changer

How Do We Dress To Impress?