Zaha Hadid: 10 of her most spectacular architectural designs

Zaha Hadid is recognized as a major figure in the architecture of the 21st century and is widely regarded as the greatest female architect in the world today. 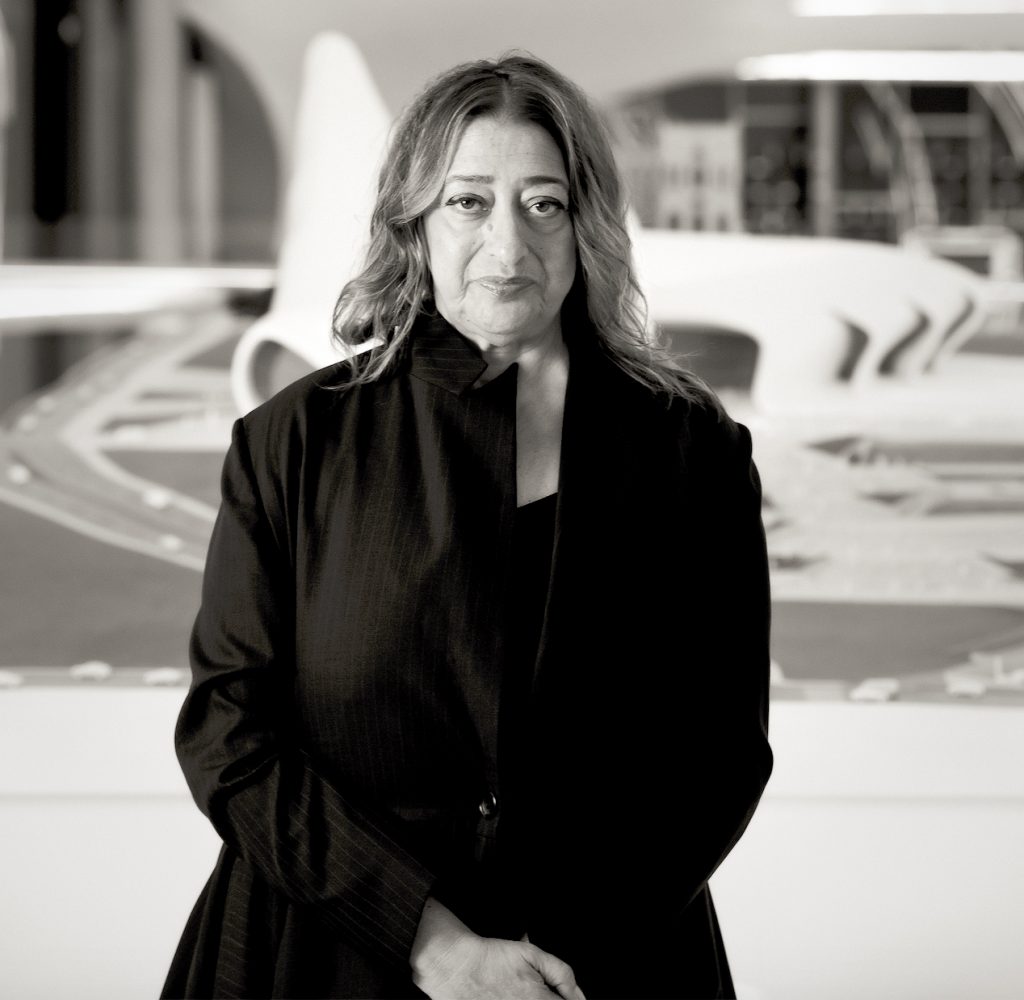 She was at the forefront of new modern architecture styles such as Deconstructivism and Neo-futurism.

Her most outstanding buildings have almost no straight lines, only sweeping curves and flowing spaces. Described by The Guarding as the Queen of the curve, Zaha envisioned bodies of concrete and glass in movement.

Her lines never meet at a 90-degree angle; she is the inventor of the 89-degree angle. Why? Because I don’t make nice little buildings, as she once said in an interview.

She was the first woman to receive the Pritzker Architecture Prize, architecture’s highest honour, which is awarded each year to a living architect for significant achievement.

In 2012, she was made a Dame by Elizabeth II for services to architecture.

Zaha Hadid passed away too soon but her legacy will live on forever.

10 of the most spectacular Zaha Hadid buildings

The construction of The Nanjing International Youth Cultural Centre began in 2011 and was completed in 2018. The style of the cultural centre is Neo-futurism. The project is comprised of two hotel towers, a cultural centre with conference facilities, an urban plaza, offices and mixed-use areas. The centre was developed to provide accommodation for the 2014 Youth Olympic Games. 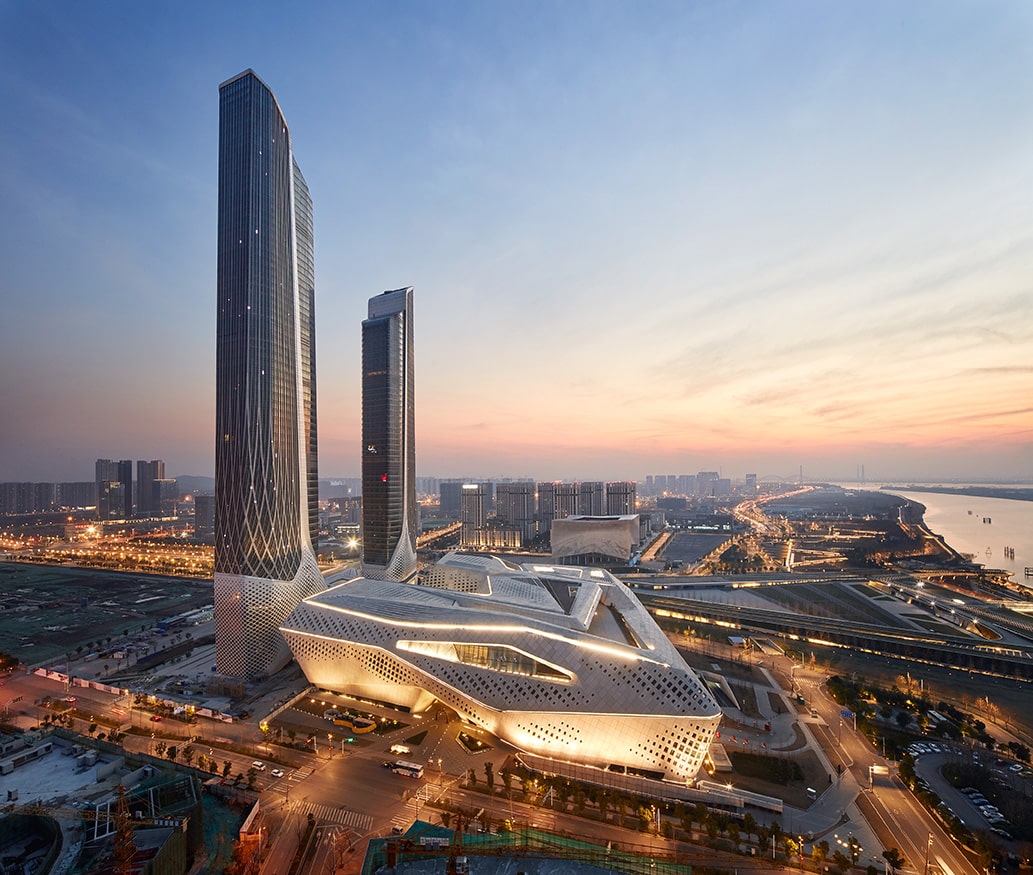 The BMW Central Building is a radical reinterpretation of the traditional office. The objective of this project was to translate functional industrial architecture into a new aesthetic. The German car manufacturer’s intention was to use the new central building as a transition zone between manufacturing halls and public spaces. 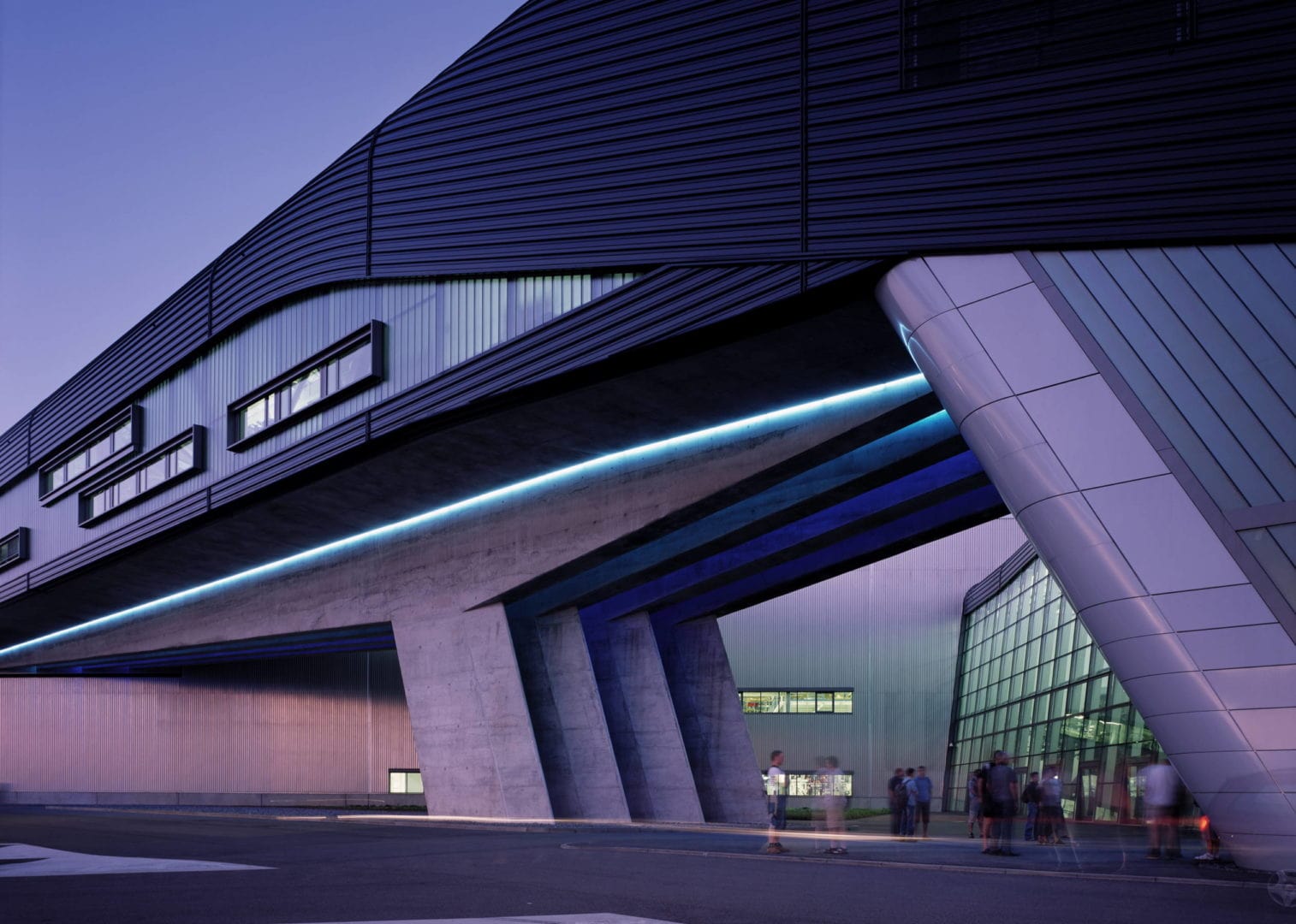 The Ordrupgaard is a renowned museum in Copenhagen mostly dedicated to modern art. The extension commissioned by the Danish Ministry of Culture creates a new landscape in itself and in harmony with its surroundings. Zaha Hadid’s design ensures that the museum’s visitors have a naturally flowing experience. 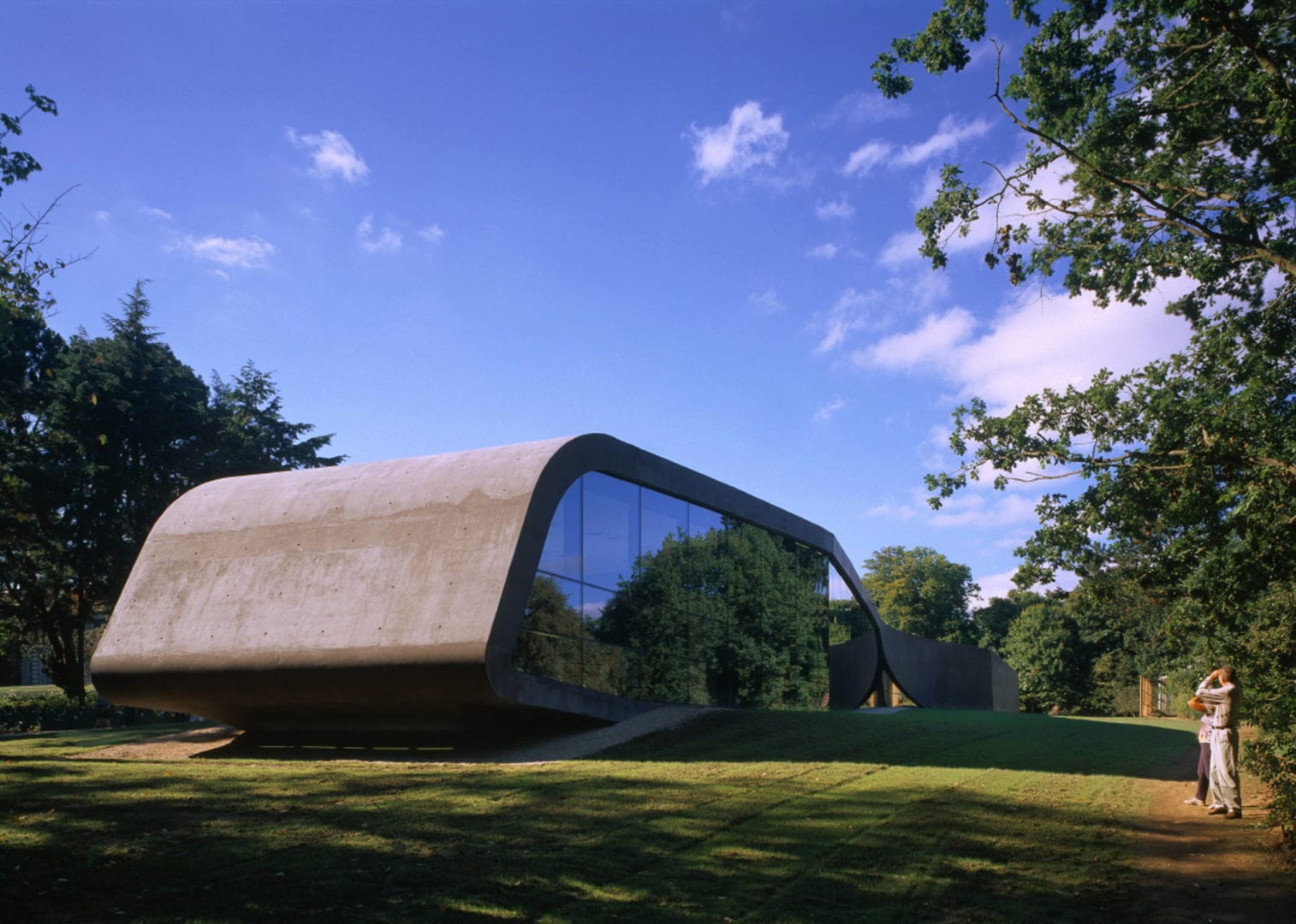 The Zaragoza Bridge Pavilion is Zaha’s first completed bridge project. It is the only inhabited bridge in Spain and one of the few in the world to merge two building typologies. Zaha’s design is fluid and dynamic with a gently curving outline. 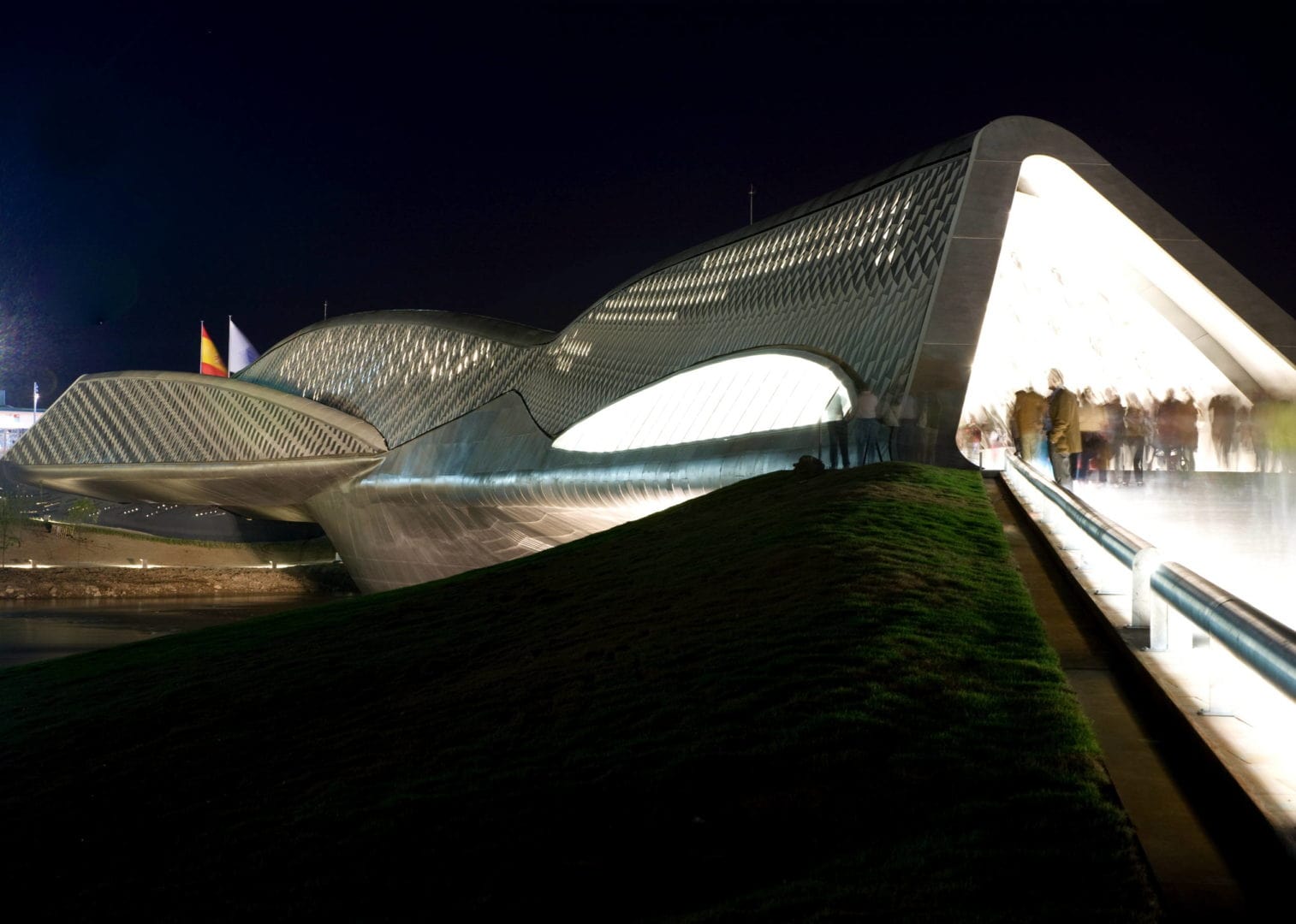 MAXXI is the first Italian public museum dedicated to contemporary creativity, arts and architecture. Zaha developed her design for MAXXI in three directions: innovation, multiculturalism, interdisciplinary. The museum is a confluence of lines with walls constantly intersecting and separating to create indoor and outdoor spaces. 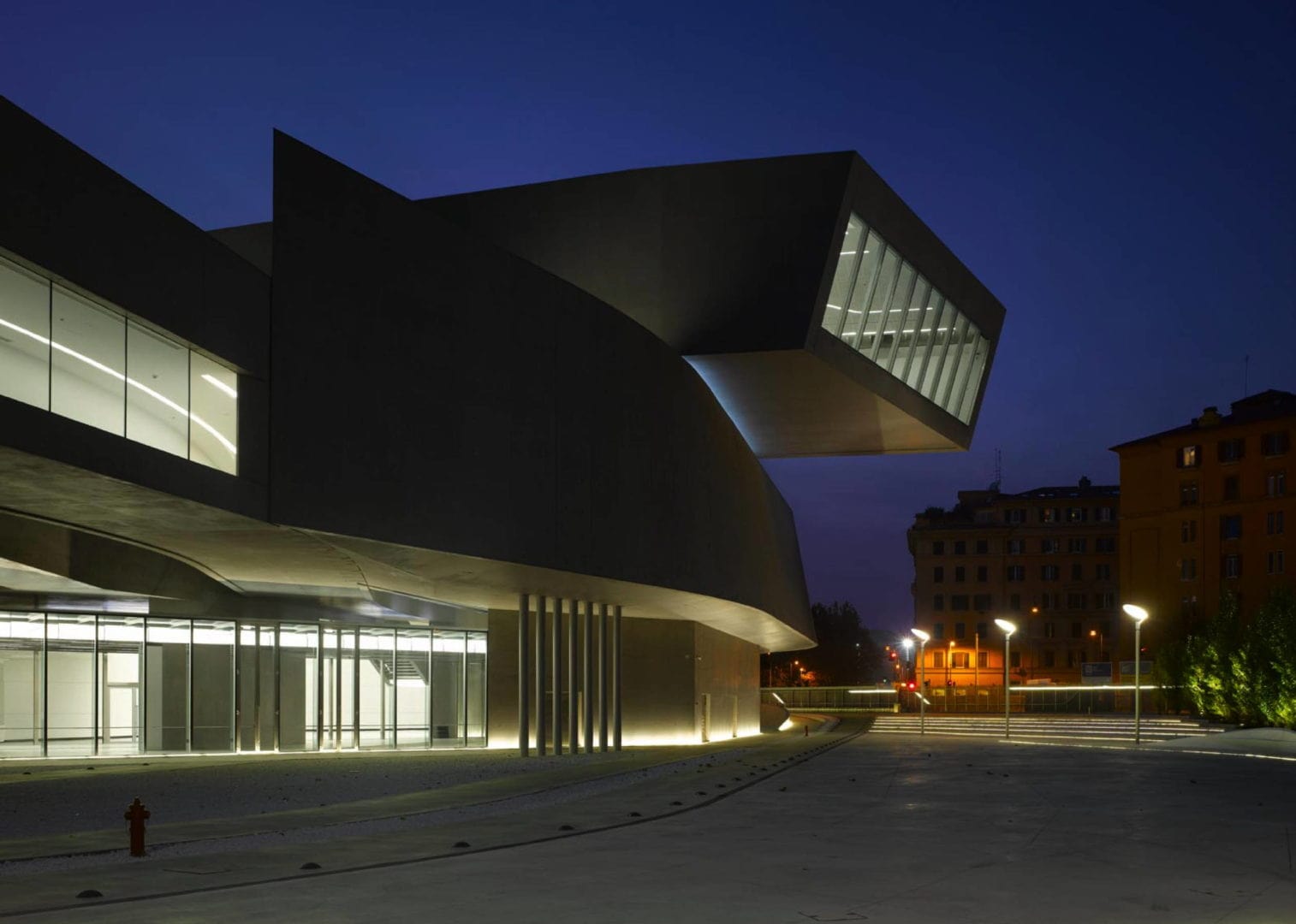 The Opera House helps Guangzhou earn its status of Asia’s premium cultural centres. The building is a state-of-the-art monument to the new millennium. 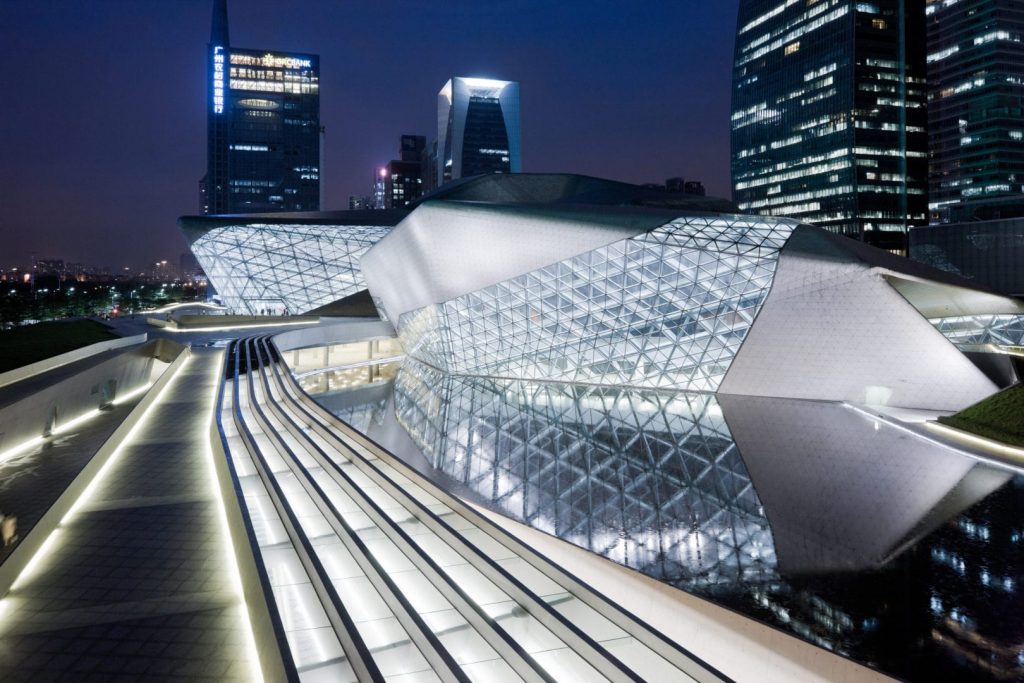 The museum flows from city to waterfront as a symbol of the dynamic relationship between Glasgow and the shipbuilding industry. The design creates a journey into the exhibition spaces, a mediator between the city and the river. 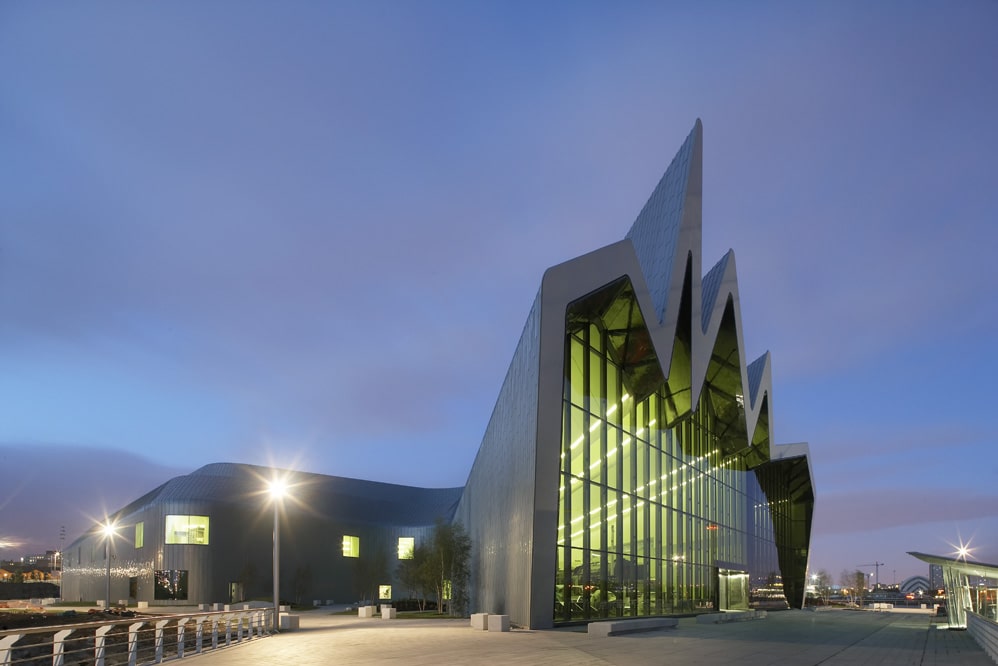 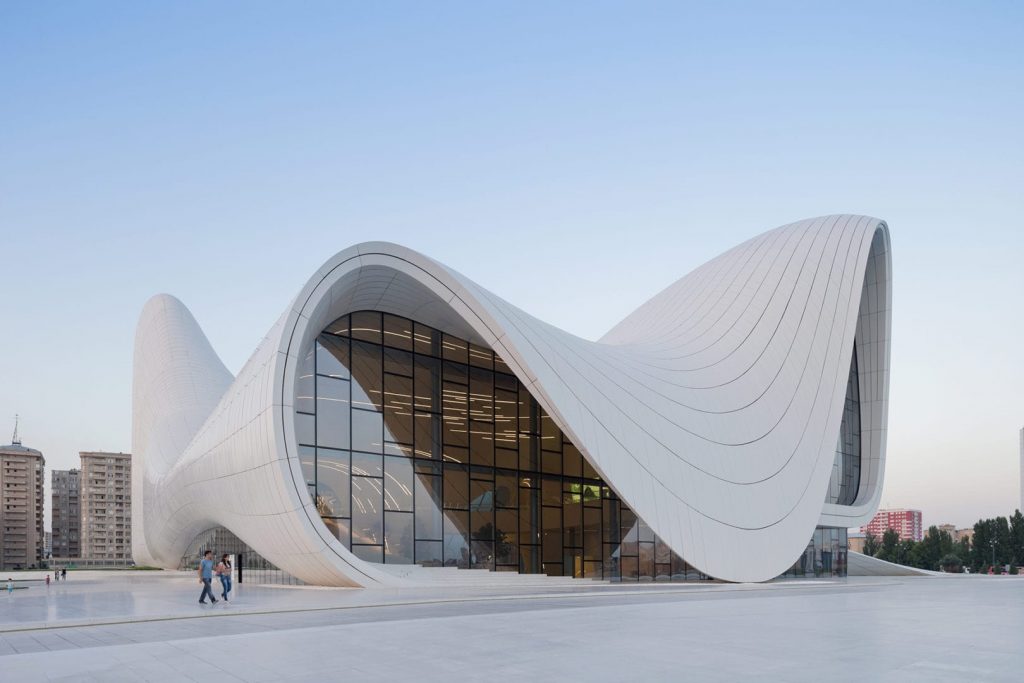 One Thousand Museum is a 62-storey residential tower. Zaha’s design for the tower is defined by a fluid architectural expression. The tower’s concrete exoskeleton structure is a web of flowing lines that integrates lateral bracing with structural support. The curved frame makes the tower highly resistant to Miami’s winds. 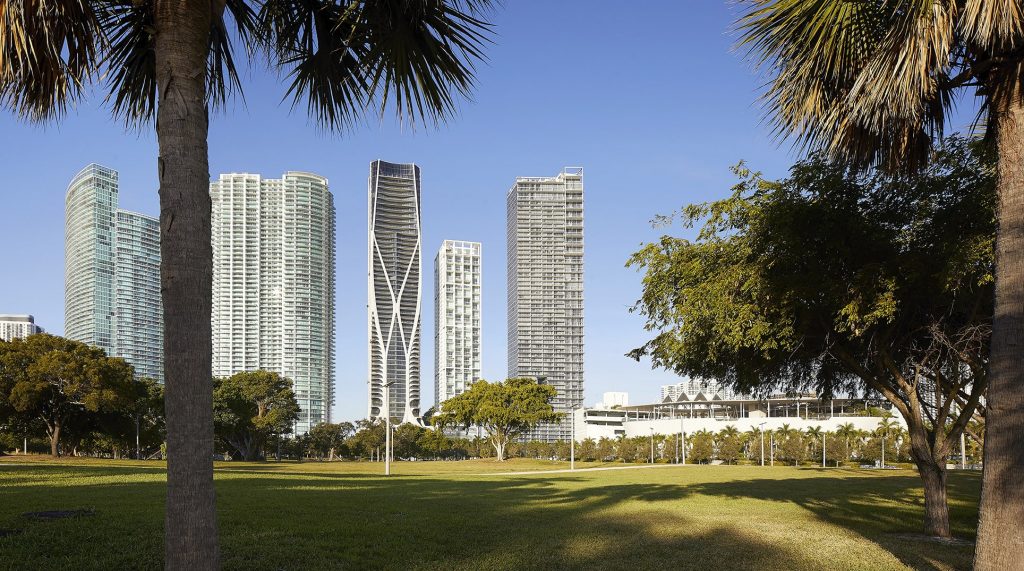 One Thousand Museum, in the middle (source: zaha-hadid.com)

Messner Mountain Museum is embedded within the summit of Mount Kronplatz 2275m above sea level. The museum is surrounded by the alpine peaks of Zillertal, Ortler and Dolomites and explores the traditions, history and discipline of mountaineering. 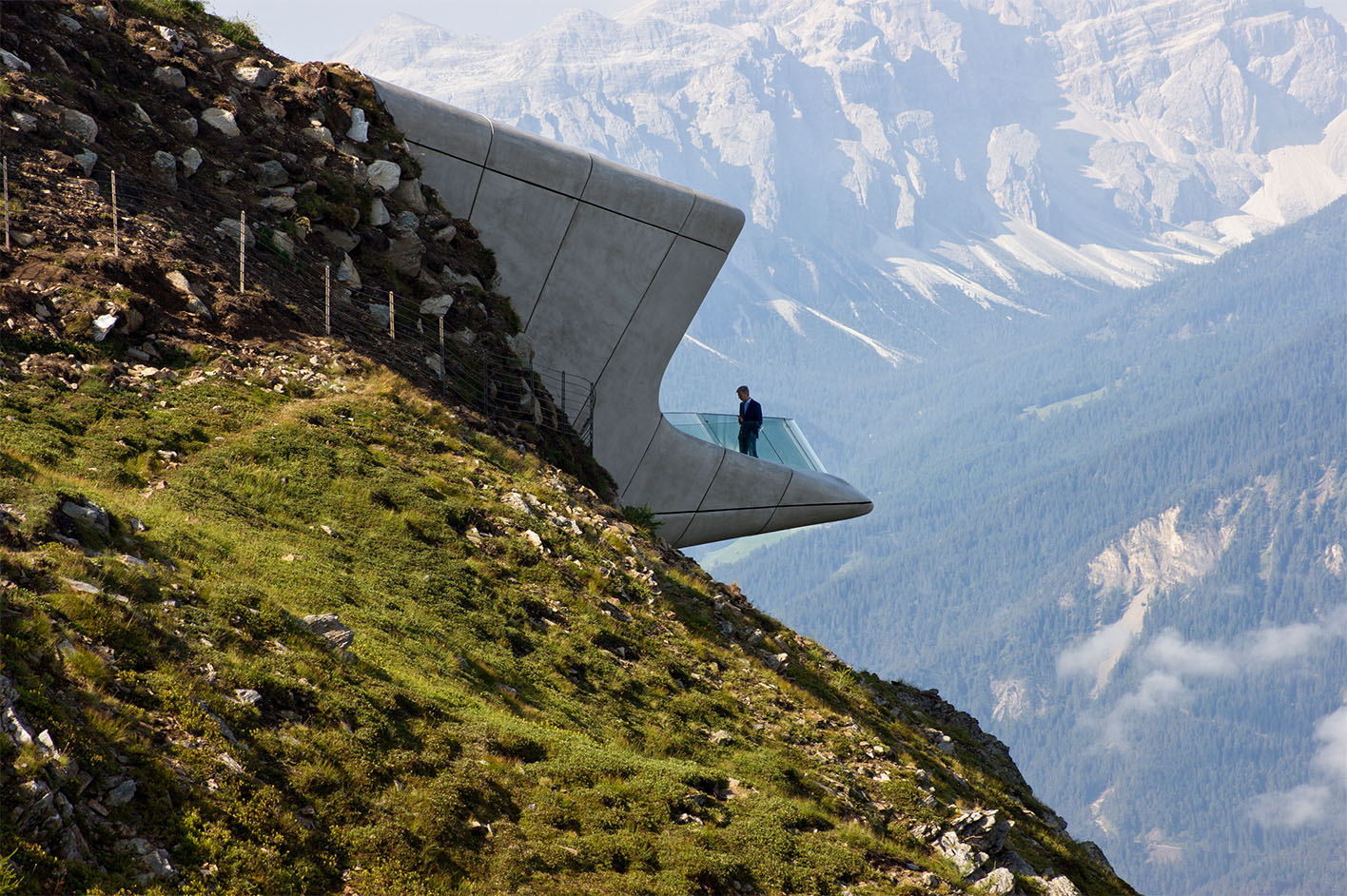