Would you let an app choose your clothes depending on your musical taste?

Fashion and music – two expressions of one’s individuality. The music we are listening to is speaking to the world about who we are, it has the power to accompany our mood or change it. The clothes we wear speak about us before we even say a word. They influence our self-esteem and others’ first impression of us.

Music influencing fashion (and vice versa) is a significant aspect of our culture: creativity flows naturally from music stages to fashion runways and back.

The years of rock-n-roll music have translated into blue jeans fashion styles. You could spot a punker a mile away: mohawk hairstyle and black-leather jackets. And we could go on and on. There is a plethora of books studying this cultural phenomenon of music and fashion influencing each other. By the way, choose which band were you listening to in the 90s, Metallica or Depeche Mode, and I’ll tell you what clothes you were wearing!

Although it’s nice to go down memory lane, this article is not about music and fashion history. 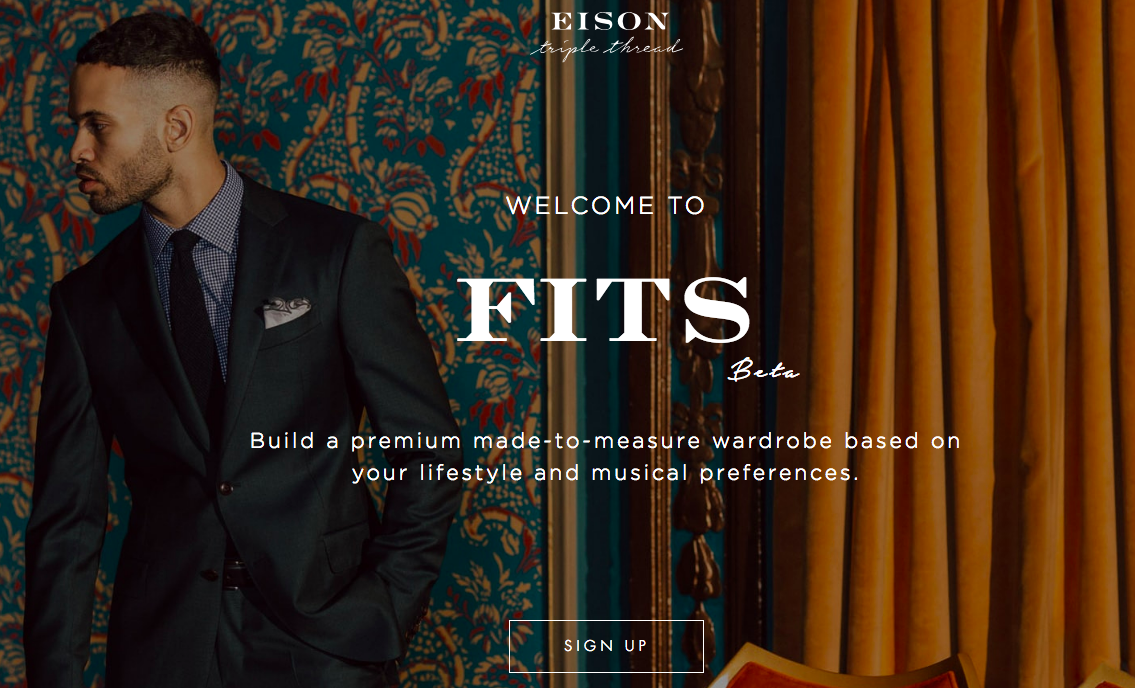 One start-up founder believed in music’s power to help men choose better and more appropriate attires for various occasions. The man’s name is Julian Eison and the app is called FITS.

FITS is an app, which suggests clothing for men based on their music preference.

How does FITS work?

The user logs into his Spotify account, allowing the app to access his listening data. He is then prompted to take a lifestyle quiz, which provides Julian’s company, Eison Triple Thread with important information such as the type of work and the industry of his client.

Once all the information is received, the app’s algorithm sifts through user’s Spotify data and pairs music genres and favourite artists with styles. The user then looks through these suggested outfits, giving his feedback with likes and dislikes. Finally, he’s served up Eison Triple Thread pieces that Eison says will properly reflect his personality as well as personal style. And because all the company’s menswear is made to measure, user can further customize each product, like choosing colour pairings or materials.

FITS is different than the e commerce recommendation engines

We are all accustomed to the recommendations we receive when we purchase items from an e commerce store. But according to his interview with Racked.com, Julian says FITS is not just another recommendation engine.

FITS is a more advanced way to recommend things to shoppers than by just saying, ‘Hey, someone bought this five minutes ago, you should too!’ The innovative app is able to add some nuance to the process, because the algorithm makes more fine-tuned recommendations the more it’s interacted with.

We write emails with the help of AI, we let chatbots talk to our business customers and instruct virtual assistants to conduct medical interviews, why not follow music-based fashion recommendations made by AI?

How did Spotify use growth hacks in their brand strategy?

Spotify Technology SA is a Swedish entertainment company founded by Daniel Ek and Martin Lorentzon. They launched their music, podcast, and video streaming service on 7 October 2008. The company’s title is a combination of “spot” and “identify”. 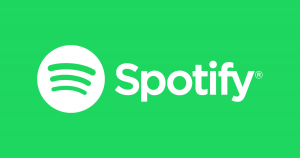 Spotify is currently available in 65 countries all over the world and provides access to more than 35 million songs.

Spotify is a freemium service: it offers free basic features with advertisements or limitations, while additional features, such as improved streaming quality and music downloads, are offered via paid subscriptions.

On February 2018, the Swedish program went public on the New York Stock Exchange and its shares began trading on April 2018.

As of 2018, Spotify has 170 million active users, including over 75 million paying subscribers.

On the music market, at the moment Spotify was launched, there were other products but they didn’t cater to market’s needs for music streaming services.

Spotify’s Unique Value Proposition was to give users complete control and access to any song, on demand, for just $10/month, along with a free option that offered more than simple radio-style streaming—not to mention the fact that it was totally legal.

It was an instant success because it filled a market gap.

Spotify revolutionized the way people listened to music. It became popular with music streaming services consumers because it puts the control firmly in the user’s hands, allowing them to select specific songs and create playlists.

One of its features decreased the friction of adoption: it allowed users to upload local tracks so they don’t have to leave their own libraries and playlists behind in order to make the switch to Spotify.

Spotify filled the need for consumers but was able to control its growth.

Rolled-out with an invite-only system which helped the company generate buzz and increase demand through perceived scarcity.

It integrates with today’s shareable world: it’s easy to share because each track, album and playlist has a unique URL. And it also caters to users’ need to share the music with his/her friends on social platforms. 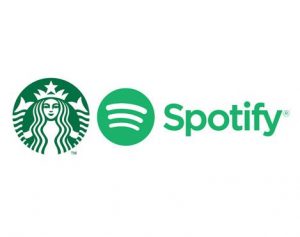 In 2016 Starbucks and Spotify became partners.

The goal of this partnership was to drive listenership to the streaming service and allow the chain coffee shops’ customers to easily engage with music played at its 7,500 locations.

Through the Starbucks app, via location sharing, customers were able to favorite and add the music playing during a visit to a store. They were also able to influence Starbucks’ future in-store playlists. Spotify’s streaming became integrated with the beverage brand’s popular mobile loyalty program, My Starbucks Rewards. My Starbucks Rewards and Spotify users earned “stars as currency” for subscribing to Spotify Premium. Customers who purchased Spotify’s streaming packages were also eligible to earn more rewards points, which could have been redeemed for free beverages. 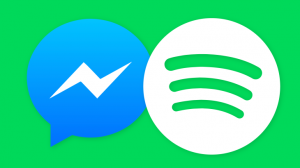 In 2016, Spotify integrated with Facebook Messenger allowing people to share their Spotify songs or playlists directly within a chat box. Because each track, album and playlist has a unique URL, Spotify is sharing-friendly.

This integration accelerated Spotify’s growth through referral traffic. Ultimately, millions of Facebook users also became advocates of the music platform because it filled the users’ desire to share their music socially.

The campaign is called Thanks 2016, it’s been weird, it was released on October 2016 and featured outdoor billboards containing funny messages based on the weird, wonderful and emotional playlists Spotify users had created.

During the course of the campaign’s run, Spotify subscription growth easily broke all company records. The increase in monthly active users exceeded targets, with over 1 billion streams directly attributed to the campaign, and over half a million reactivated users.

The central focus of the campaign was customisation: Spotify wanted to re-state the freedom users have to mix up their playlists and get creative.