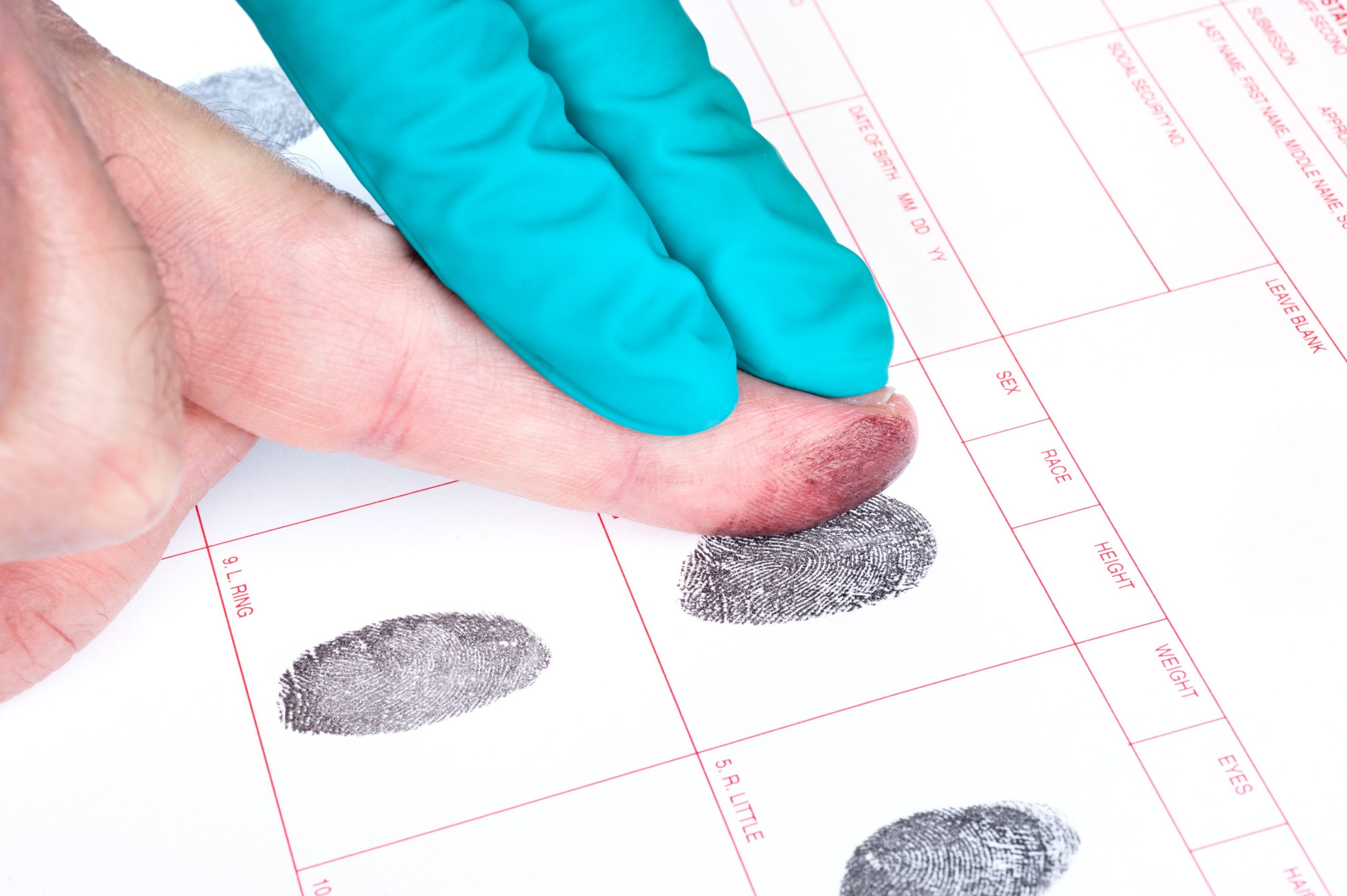 Global biometrics market expected to grow to $76 billion by 2027

If you are taking into consideration investing in the biometrics industry, this article provides you with the necessary information to help you make an informed decision.

Biometrics covers a variety of technologies in which unique identifiable attributes of people are used for identification and authentication. These include (but are not limited to) a person’s fingerprint, iris print, hand, face, voice, gait or signature, which can be used to validate the identity of individuals seeking to control access to computers, airlines, databases and other areas which may need to be restricted.

Biometric authentication is the process of comparing data for the person’s characteristics to that person’s biometric “template” to determine resemblance. 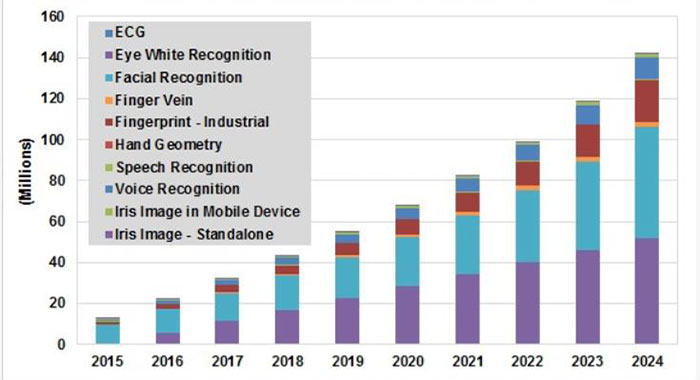 It uses the human face as a key to security and finds applications in both law and non-law enforcement end-use segments. Face recognition has distinct advantages because of its non-contact process.

It uses the geometric shape of the hand, length & width of the fingers, size of the palm, the distance between the knuckles for biometric identification. Biometric hand scanning reads palms to identify and recognize individuals. The palm scanning systems are said to be 100 per cent more accurate than fingerprints recognition and hence is extensively used across different end-use verticals.

The technology uses the individual’s voice to verify the person’s identity and offers access. Such biometric technologies have gained popularity in the recent past for remote authentication due to the availability of devices for collecting speech samples and its ease of integration.

Signature biometrics analyzes and measures the activity of signing, such as the pressure applied, the stroke order, and the speed among others.

It uses mathematical pattern-recognition techniques on the iris of an individual’s eyes, as iris have complex patterns that are stable and unique. 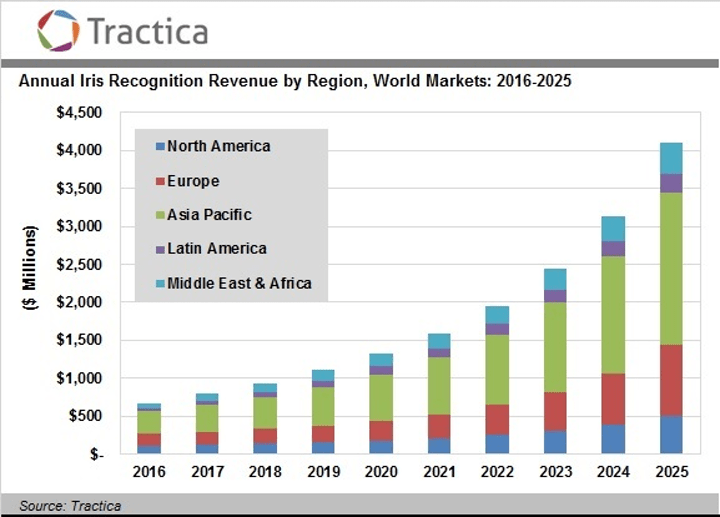 Retailers are investing in biometrics, including behavioural tracking and facial and voice recognition to not only improve store security—and potentially catch shoplifters—but to also target consumers with promotional content.

In transport and logistics, biometrics technology is extensively used for driver identification in efficient tracking of parcels and goods.

The technology facilitates border control as biometrics help to track and manage the flow of humans across borders. The segment further includes the use of biometrics technology in the homeland and commercial security.

Typing biometrics is a new revolutionary technology used in cybersecurity, fraud prevention and risk-based authentication. It is a type of behavioural biometrics, embedded in people’s transient behaviour when typing on a keyboard.

Founded in 2016 and with a $7M investment from Gradient Ventures, Google’s AI-focused venture group, TypingDNA is the tech startup leading the typing biometrics market. Read my interview with Raul Popa, TypingDNA CEO.

Biometrics technology was first used by governments in the late 1800s when police officers began to use fingerprints as a way to identify suspects.

Launched in 2011, Motorola Atrix was the first smartphone that had a fingerprint scanner. Apple followed Motorola adding a fingerprint reader in its Flagship phone iPhone 5s in 2013 and naming it as Touch ID. 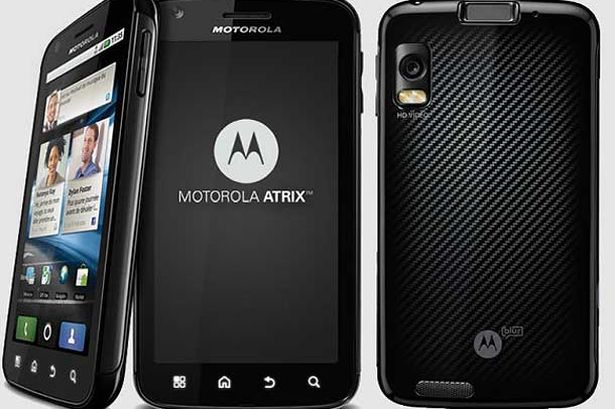 In 2023, it is projected that the global market size of touch fingerprint sensors will reach $8.91 billion (Statista).

By 2022, an estimated 96.8 per cent of biometric device users are expected to download biometric apps (Statista).

Forecasts suggest that by the year 2020, 100 per cent of new smartphone and wearable shipments will contain biometric technology. (Statista). 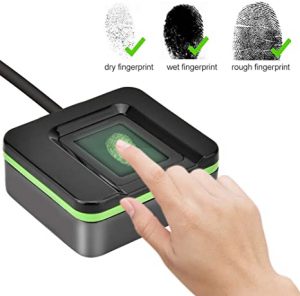 Iris recognition is widely considered to be the most reliable and one of the fastest-growing biometric techniques. It is expected to achieve the highest growth rate during the forecast period, mainly because of the commercialization of various iris scan-based electronic devices, like smartphones, tablets, smartwatches, notebooks, and others. 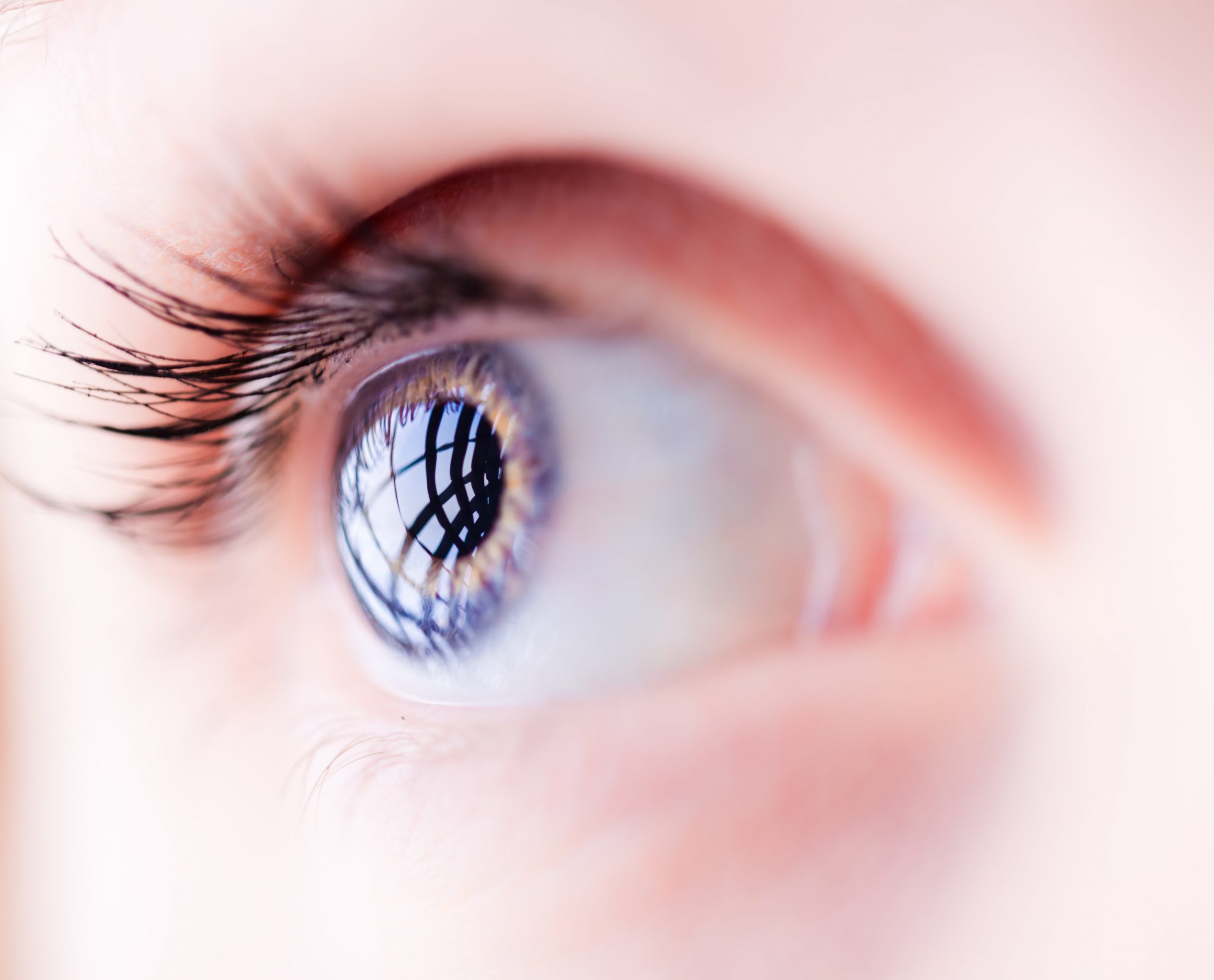 Vein recognition is considered to be one of the most secure biometric modalities. 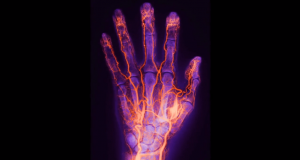 The largest biometrics market is in North America. The US and Canada have a strong economy, which empowers them to invest significantly in public safety activities. The growing adoption of smart technologies and the rapidly increasing digitalization have further fueled the growth of the biometric system market in North America.

The fastest-growing biometrics market is in the Asia Pacific where the healthcare sector is expected to experience growth in the application of next-generation biometrics in this region.

According to Biometricupdate.com, VCs invested $900 million in authentication and identity in 2019. The investment went to identity and authentication startups, including OneLogin, Authenteq, Onfido, Evident ID, Au10tix, Hypr and IDNow.

Key restraining factors for the growth of the biometrics industry market

Biometrics industry could lose $2B this year from pandemic

A new report from ABI Research forecasts a revenue drop of $2 billion this year in the biometric device market caused by the COVID-19 pandemic.

While hygiene concerns are expected to impact contact biometric devices for public use, face and iris recognition are becoming more prominent.

The sale of fingerprint devices will slide, but facial recognition will experience an increase as algorithms are updated to work with or around facial occlusions such as the masks.

The addition of temperature screening sensors to biometric systems is also seen as a market booster.