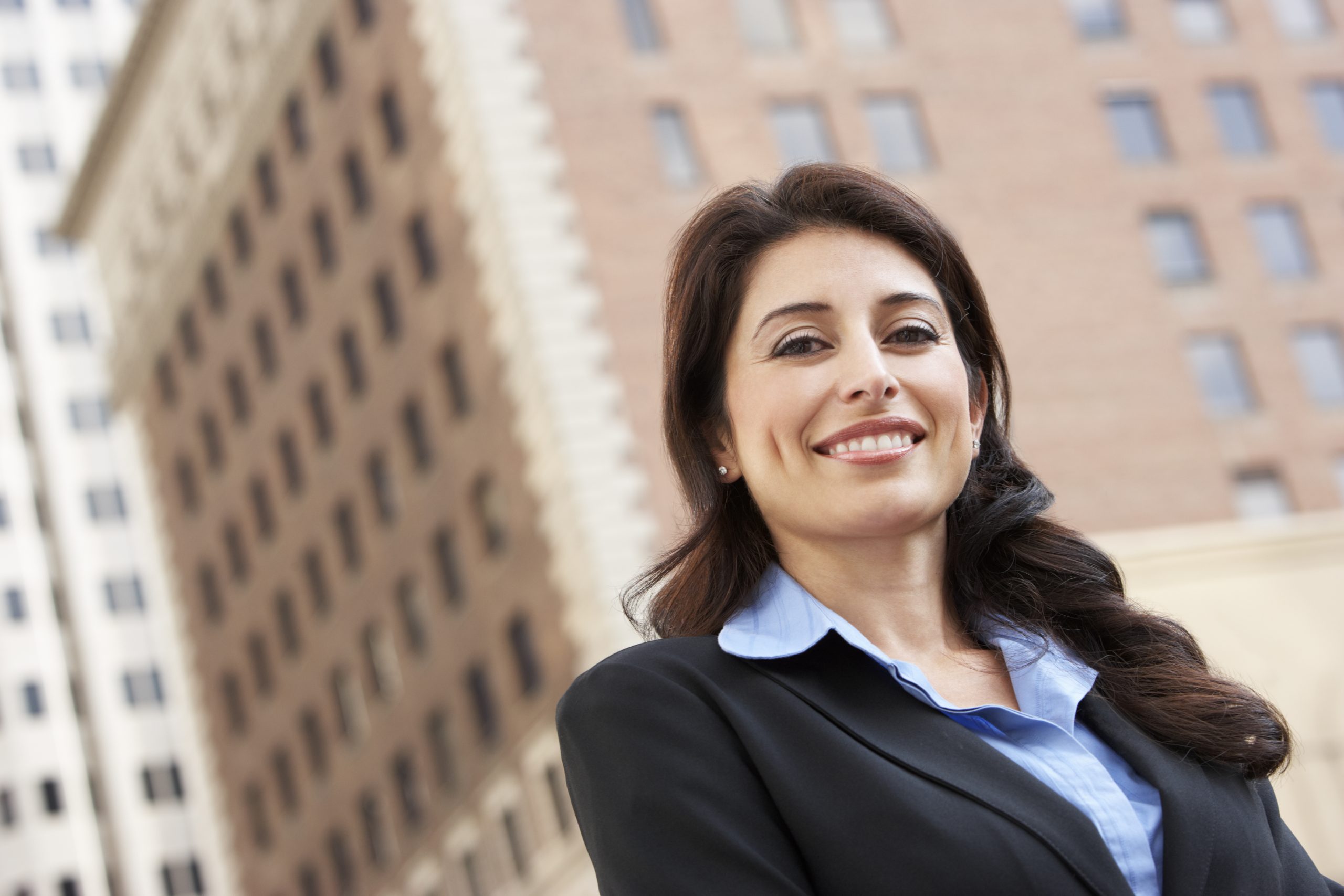 Top 3 Most Inspiring Women of The Moment

In my previous article, I talked about the women running 9 powerful businesses in Europe and how their leadership improved their companies and society overall.

In this article, I talk about three amazing and wonderful women. They’re among the MOST INSPIRING WOMEN of the moment and each of them has changed the world in a BIG way.

OPRAH WINFREY – Connecting deeply with others

Although she is one of the most wealthy and influent women of our times, Oprah was born into poverty. She had a hard and difficult childhood: because her mother didn’t have enough money to buy her clothes, she would sometimes go to school dressed in a potato sack. Her mother didn’t provide care and her father was absent. It was her grandmother who saved her by placing her on the right path: education.

Thanks to her love for education, Oprah managed to overcome her hardships and become a successful woman.

Learn more: Oprah – The little girl in a potato sack who became a world-changer

Oprah is a people-person by definition. She has an innate ability to connect with and speak to people from all walks of life. She is a master of the art of interviewing.

Her secret? Making her guests feel perfectly at ease while talking about emotionally-charged topics. Who wants to open up and be vulnerable?! It’s hard enough to do it in front of your family or friends let alone strangers. With Oprah, you don’t feel like you’re talking to a stranger. You feel like you are talking to a person who is genuinely interested in your troubles or hardships.

In the past decades, Oprah has built a media empire. The Oprah Winfrey Show is the highest rated talk show of all time. She is the Chairwoman and CEO of Harpo Productions, a multimedia production company and Oprah Winfrey Network, her own pay television channel. Her net worth is currently standing at $2.6 billion.

Oprah has received numerous awards. Among the most prestigious is the Presidential Medal of Freedom by President Obama; also she received honorary doctorate degrees from Duke and Harvard University. 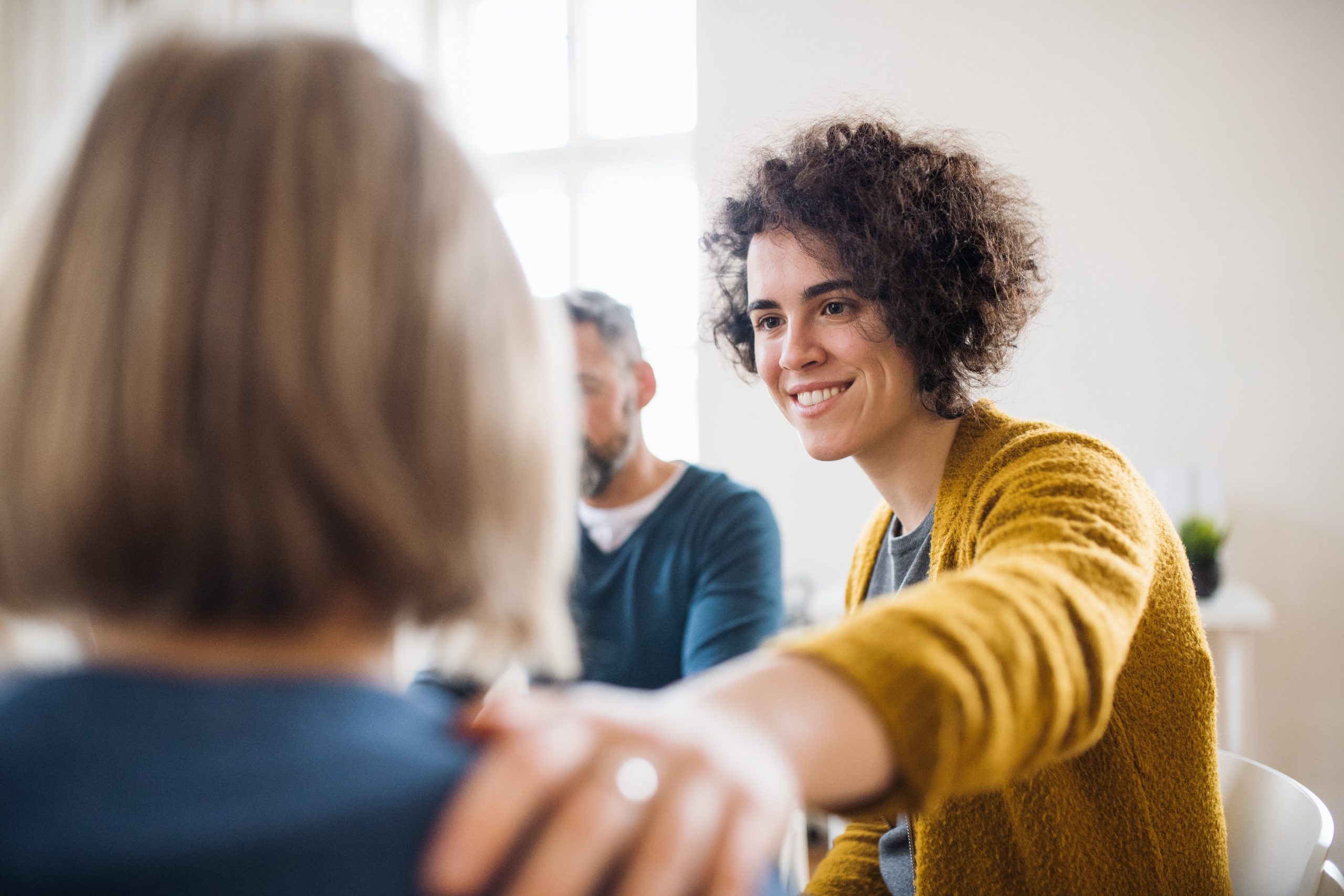 Let’s build connections instead of walls

The world would be a better place if we all learned what Oprah is teaching us. We are all the same. It is in our power to connect with each other. It only takes genuine interest and empathy in the other person.

What if we put our smartphone away when our partner talked to us? Devote all our attention to them and really listen?

How would our lives change if we built connections instead of walls?

How would society improve if we achieved strength by being vulnerable?

Let’s start with the person in the mirror.

Melinda Gates says that words like rich and poor don’t define who we are as human beings.

“Humanity in the abstract will never inspire you in the same way as human beings you meet,” she says.

Since starting Bill & Melinda Gates Foundation in 2001, Melinda has been travelling with her husband to countries in Africa and meeting with people in villages and small towns because all lives have equal value.

That is the vision Melinda and her husband are working towards. And a way to achieve this vision is by empowering the poorest, especially women and girls because women and girls have a unique power to reshape societies.

She believes we are finally creating the scientific and technological tools to turn the world into a brotherhood and a sisterhood.

When you invest in a woman’s health and empowerment, it has a ripple effect, helping families, communities, and countries achieve long-lasting benefits.

Bill & Melinda Gates Foundation is reported to be the largest private foundation in the world, holding $50.7 billion in assets.

The primary goals of the foundation are, globally, to enhance healthcare and reduce extreme poverty, and, in the U.S., to expand educational opportunities and access to information technology.

For her services to philanthropy and international development, she received various recognitions and awards among which the honorary Dame Commander of the Order of the British Empire.

In 2017 she was awarded the Otto Hahn Peace Medal 2016 of the United Nations Association of Germany (DGVN), Berlin-Brandenburg, “for outstanding services to peace and international understanding” in the historic Berlin Town Hall. 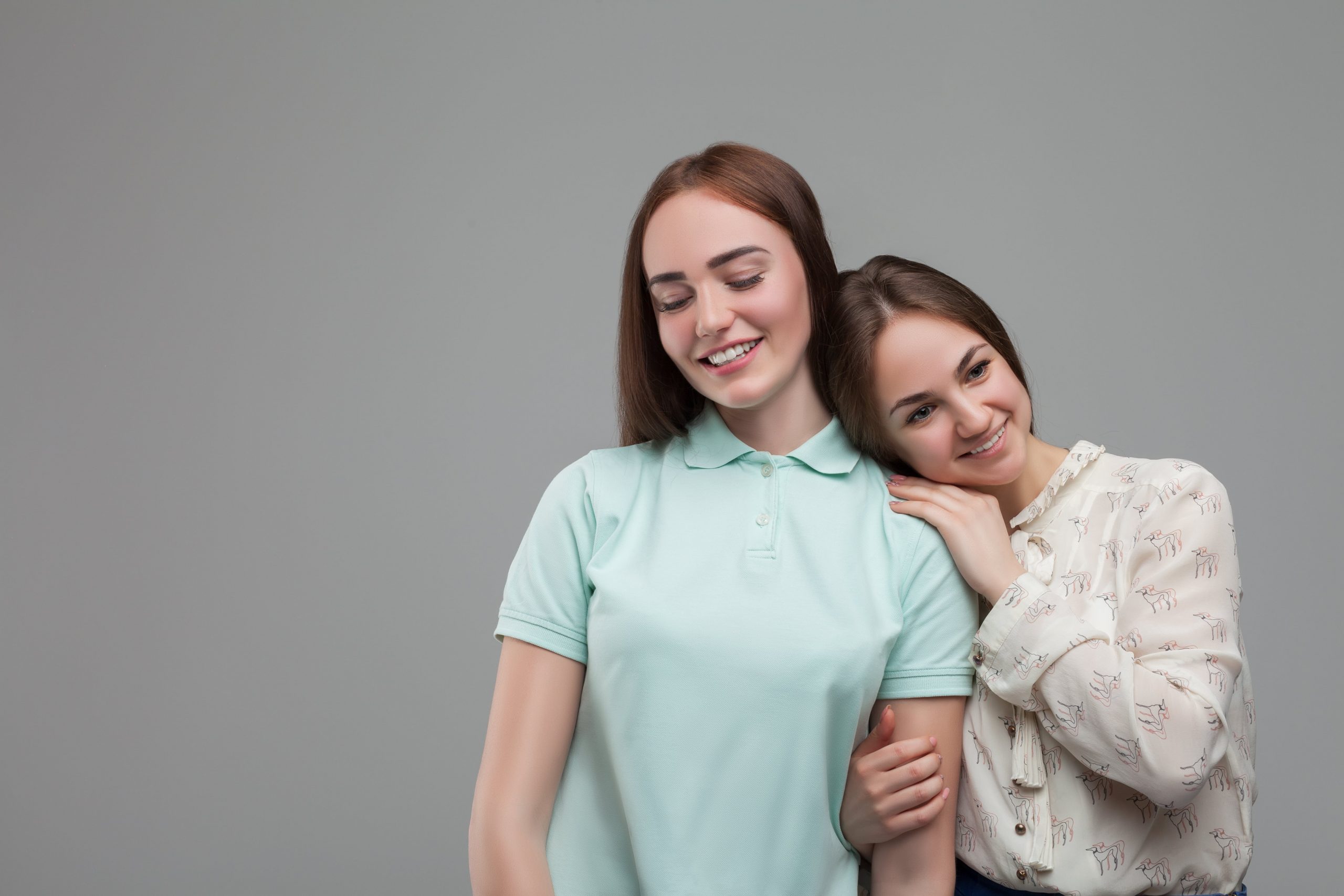 Building a sisterhood by empowering ourselves and the women around us

As women, we struggle with so much in our everyday lives.

Just because we are women the world seems entitled to tell us how we should look and behave, how to dress, that we should fit a certain beauty standard to be successful in life.

The same goes for our professional lives. When a man is working hard to climb up the corporate ladder and advance his career, everyone calls him ambitious. When a woman is doing the same, she is called cold-hearted and career-focused. An assertive man comes off as confident and worthy. An assertive woman is called dominant, bossy and not nice. It’s workplace gender bias and it is toxic.

On top of that, there are hardly any women in the world who haven’t experienced a #metoo situation of any kind.

Before we expect the world to change, let’s change the way we see ourselves and each other.

Enough with the toxic thoughts that you are not good enough, not pretty enough, not smart enough!

Stop being ashamed of who you are!

Build your confidence and then help the woman next door build hers.

ARIANNA HUFFINGTON – A successful life is a thriving life

In 2007 Arianna Huffington was working tirelessly in her role as editor-in-chief of The Huffington Post. One day she collapsed, hit her head and broke her cheekbone on the way down. The reason was not that she had a brain tumour or a heart disease. As she later realized, she suffered from burnout, exhaustion and sleep deprivation. Essentially she suffered the consequences of leading a toxic lifestyle. It was a painful wake-up call but she understood the message. She decided she would no longer subject her body to this level of stress. But to achieve that she had to change her life around.

What is a good life? What is success? These are some of the questions that Arianna began asking herself at that moment. She came to realize that our society defined success by two metrics: money and power. But just as you cannot sit on a two-legged chair, you cannot view success as only money and power. At some point, you will lose balance and fall off.

Arianna believes in adding a third metric to the definition of success: thrive.

Arianna Huffington co-founded The Huffington Post in 2005 and served as its editor-in-chief until 2016 when she stepped down from her role.

She is now dedicated to growing her new company, Thrive Global, a platform focused on health and wellness information.

In 2016, she was named to Oprah Winfrey’s SuperSoul100 list of visionaries and influential leaders and received an honorary degree from Colby College in Waterville, Maine.

She has an estimated net worth of $50 million. 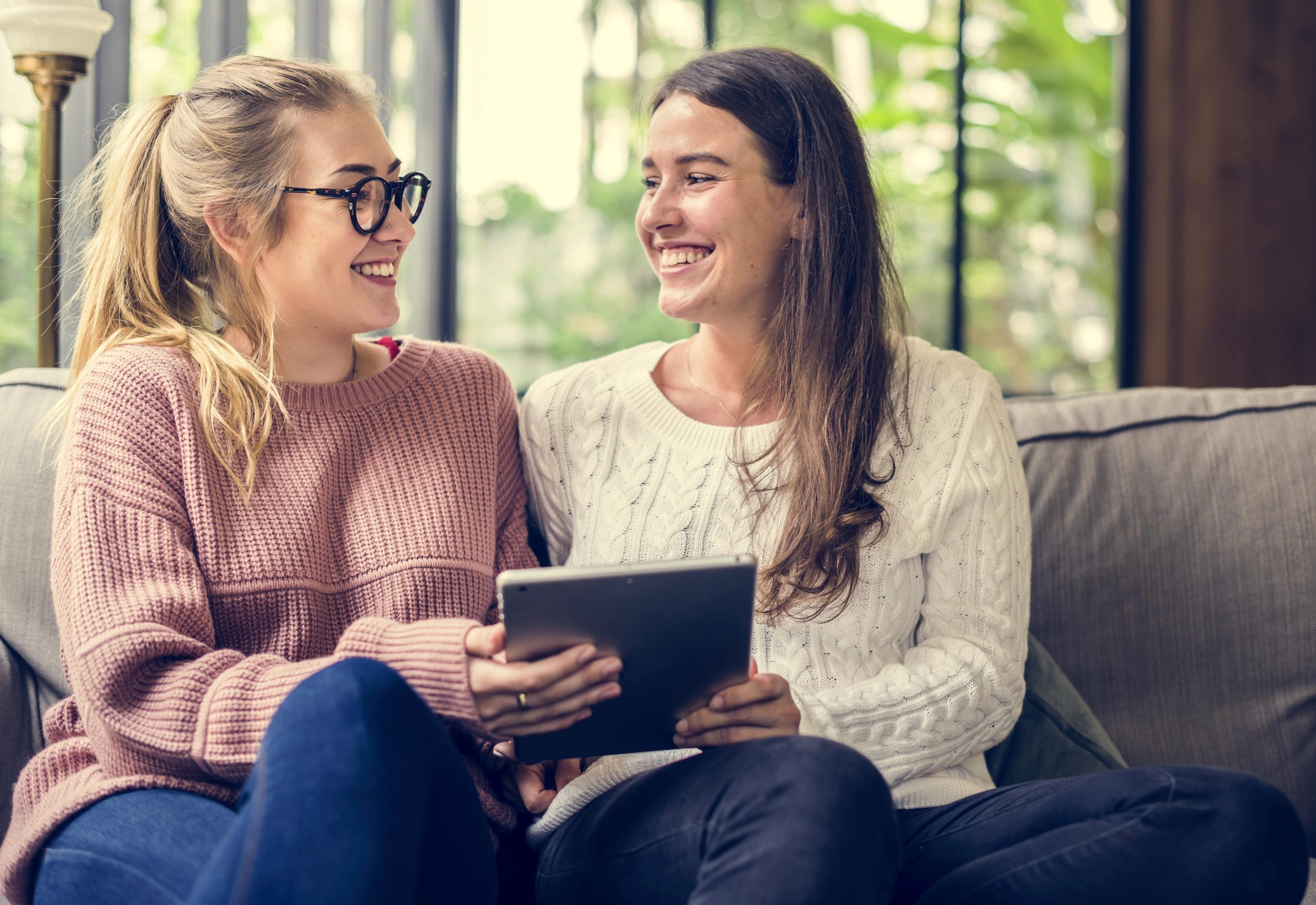 Oh, it’s so easy for women to go down the path to exhaustion! We undertake so many tasks on a daily basis, at work and at home. We do everything for everyone! We cater to everyone’s needs but our own.

Arianna advocates for making small changes with the purpose of improving your life. How about charging your phone during the night in a room outside your bedroom? Checking your emails only after you had breakfast, talked to your husband over the morning coffee and drove your kids to school?

These changes are very small but they will improve your life immensely.

And when women thrive, societies thrive.

Best 8 goal-tracking apps to help you achieve your objectives

Working from home: how to separate your personal and professional life