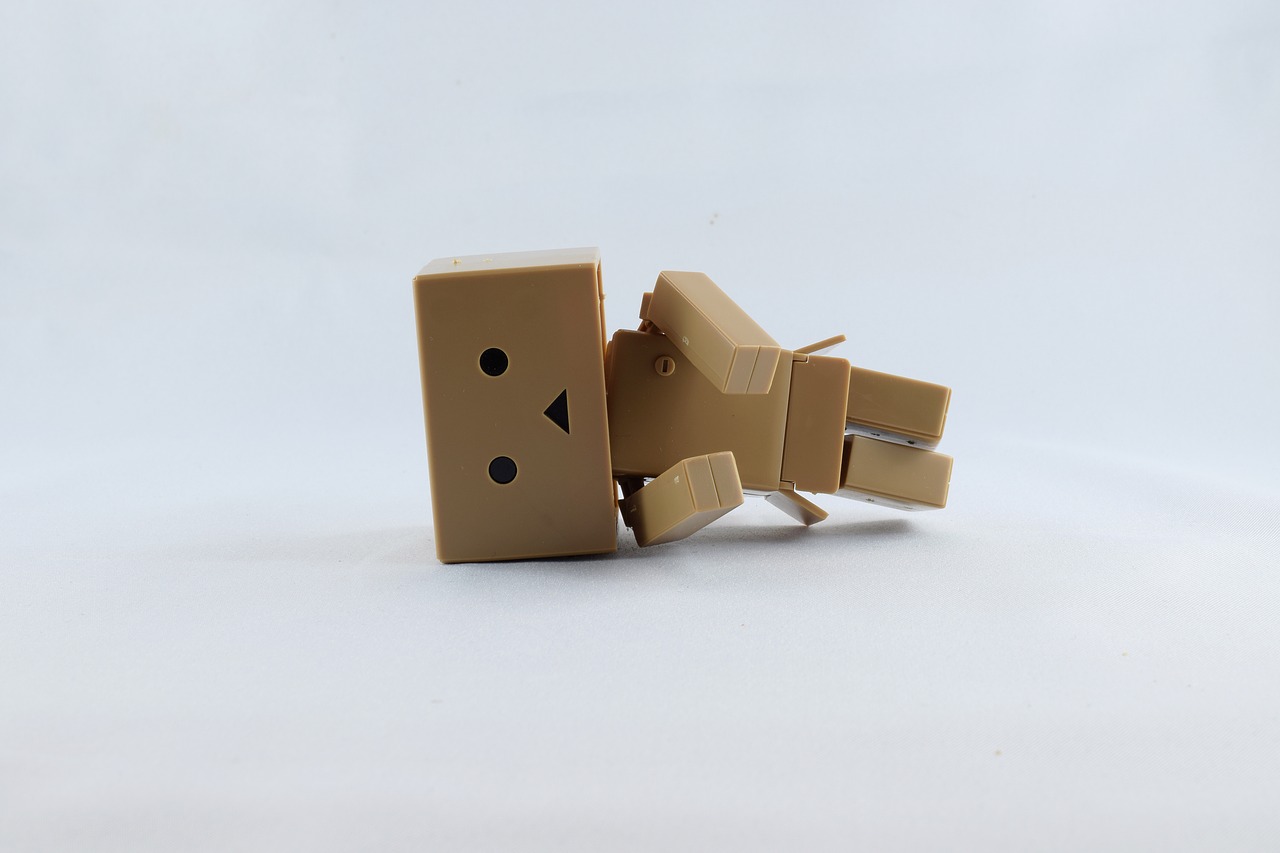 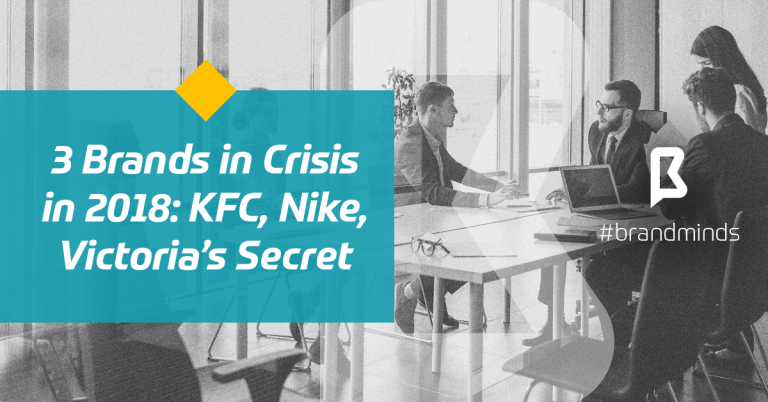 Crisis. A word feared by all brands. No brand wishes to experience crisis and yet unexpected events, reactions or consequences do happen. What sets great brands apart from the rest is the way they manage crisis.

In February 2018, KFC runs out of chicken which leads to 900 restaurants across UK and Ireland closing their doors for a few days. The reason? DHL, KFC’s current shipping agent failed to deliver fresh chicken to the said restaurants.

Finding their favourite fast-food restaurants unable to sell their delicious chicken menus, people didn’t hold back on expressing their disappointment. They turned to social media to cry out their frustration under #KFCcrisis.

Others contacted police in large numbers.

Please do not contact us about the #KFCCrisis – it is not a police matter if your favourite eatery is not serving the menu that you desire.

How did KFC deal with the crisis?

A chicken restaurant without any chicken. It’s not ideal. Huge apologies to our customers, especially those who travelled out of their way to find we were closed. And endless thanks to our KFC team members and our franchise partners for working tirelessly to improve the situation. It’s been a hell of a week, but we’re making progress and every day more and more fresh is being delivered to our restaurants. Thank you for bearing with us.

Visit kfc.co.uk/crossed-the-road for details about your local restaurant. 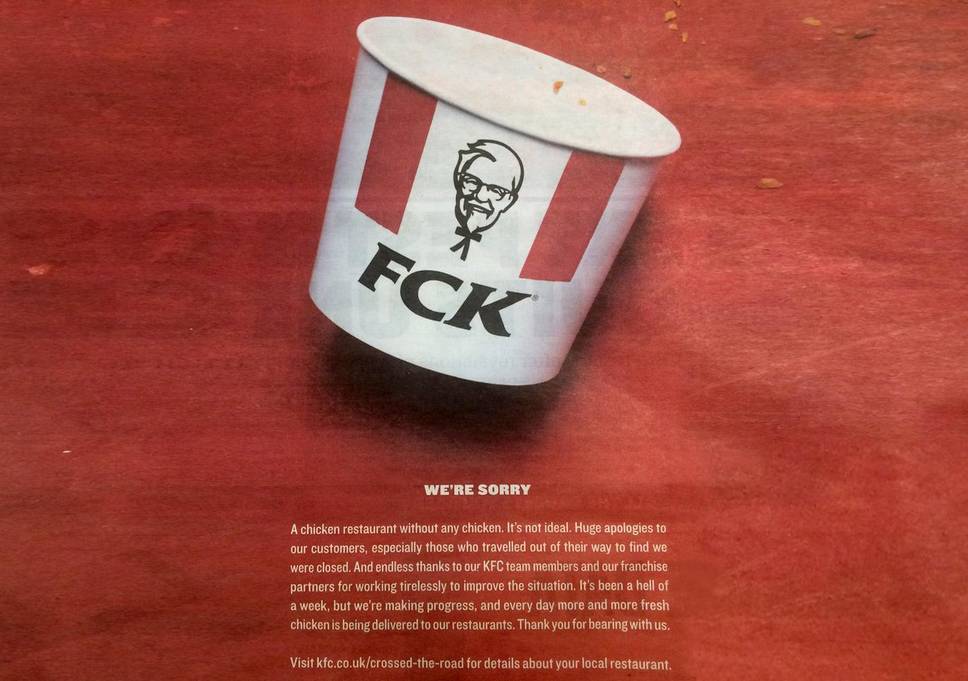 KFC crafted an apology ad using humour and honesty in an authentic way which attracted a lot of media coverage and brand love from its customers.

Nike published its Dream Crazy ad on September 5, 2018 with Colin Kaepernick as the narrator. In just three months, the video gained over 27 Million views making it the brand’s most viewed ad on YouTube.

Colin is a former NFL player who attracted outrage from the public when he protested against police brutality by kneeling during the American anthem. Because of his controversial profile, Nike’s ad received a lot of media coverage, mixed reviews and strong emotional feedback from the public.

Here are some of the reactions Nike received in the days after the ad was launched:

Nike is on the right side of history with this ad.

Realeyes, the emotional intelligence platform analysed the overall sentiment towards Nike by looking at the ad’s viewers’ comments.

What did the consumers really think of Dream Crazy?

Here it is according to Realeyes:

Some analysts were asking this rhetoric question:

What was Nike thinking about?

The answer is: although Dream Crazy divided the public into supporters and detractors, Nike knew exactly what it was doing.

Actually, the brand has a 30-year experience with controversial, out of the mainstream ads. Dream Crazy is the epitome of a series of risky ads which began with the first JustDoIt ad published back in 1988. Over the next years, the brand’s ads supported various social subjects such as gender equality, woman empowerment, sexual minorities, ageism, disability etc. With each controversial ad, Nike revenues have grown exponentially.

How did Nike deal with the crisis?

Faced with the outrage of some of his customers, Nike has taken no steps to address this crisis.

Nike doesn’t shy away from risk and controversy because starting the conversation on important social subjects stands at the core of its brand values.

It’s safe to say the company has run the numbers before publishing the ad and was ready for any backlash it might have had. According to an ESPN Twitter poll which asked their followers how the ad affected their decision to buy Nike products: 29% said they are more likely to buy Nike products, 21% say they’re less likely and 50% said their decision has not been affected.

Dream Crazy was aimed at the younger generations with the purpose of increasing their fan base. Millennials are known to love and support brands which are committed to their core values and are not shy to stand by them.

It looks like Nike have taken a controlled risk and came out on top.

Victoria’s Secret has been experiencing brand crisis for the past few years and its management is slow to even recognize it let alone address it effectively.

The company is currently facing decreased sales and shrunken profit due to management myopia. Here on the BRAND MINDS blog, I have written about myopia as an early symptom of brand failure in our Failure Series articles: Nokia and Kodak.

Far from me to assume the role of Pithya, but as history has shown, if the company loses its grip on reality and doesn’t embrace change, the chances of survival are getting smaller every year that goes by.

Victoria’s Secret has never changed, but the world around them has. I was walking through the subway station the other day in Manhattan and I looked at the ad for the Angels’ ‘fantasy’ runway show and I said to myself: ‘That could be today, or 30 years ago.’

The latest scandal which brought Victoria’s Secret into the spotlight is the interview of Ed Razek, CTO published by Vogue Magazine in July 2018. In this interview, the brand’s problems became clear to everyone: lack of inclusiveness, lack of sexual diversity, disengagement with its customers’ needs and expectations, outdated marketing.

Mr Razek’s words attracted the outrage of female public. Essentially, Mr. Razek said that Victoria’s Secret supports the woman as long as she portrays herself as the object of the heterosexual white male’s fantasies.

Victoria’s Secret is losing share to other brands because it’s out of touch. The way it’s marketing is out of touch. Women don’t want to be viewed as stereotypical sexy supermodels buying lingerie just to impress men.”

Victoria’s Secret, founded by Roy Raymond in 1977 is seeing increased competition from other lingerie brands such as ThirdLove, Aerie and Savage x Feinty by Rihanna, startup companies founded by women.

These companies feature real women in their advertisements, of all sizes, shapes and colours. While Victoria’s Secret designs its products with the white male in mind, their products are designed to meet women’s needs of comfort, beauty and sexiness.

New York Times Sunday, full page letter from @heidi to @victoriassecret – Dear Victoria’s Secret, I was appalled when I saw the demeaning comments about women your Chief Marketing Officer, Ed Razek, made to Vogue last week. As hard as it is to believe, he said the following: “We attempted to do a television special for plus-sizes [in 2000]. No one had any interest in it, still don’t.” “It’s like, why doesn’t your show do this? Shouldn’t you have transsexuals in the show? No. No, I don’t think we should. Well, why not? Because the show is a fantasy.” I’ve read and re-read the interview at least 20 times, and each time I read it I’m even angrier. How in 2018 can the CMO of any public company — let alone one that claims to be for women — make such shocking, derogatory statements? You market to men and sell a male fantasy to women. But at ThirdLove, we think beyond, as you said, a “42-minute entertainment special.” Your show may be a “fantasy” but we live in reality. Our reality is that women wear bras in real life as they go to work, breastfeed their children, play sports, care for ailing parents, and serve their country. Haven’t we moved beyond outdated ideas of femininity and gender roles? It’s time to stop telling women what makes them sexy — let us decide. We’re done with pretending certain sizes don’t exist or aren’t important enough to serve. And please stop insisting that inclusivity is a trend. I founded ThirdLove five years ago because it was time to create a better option. ThirdLove is the antithesis of Victoria’s Secret. We believe the future is building a brand for every woman, regardless of her shape, size, age, ethnicity, gender identity, or sexual orientation. This shouldn’t be seen as groundbreaking, it should be the norm. Let’s listen to women. Let’s respect their intelligence. Let’s exceed their expectations. Let women define themselves. As you said Ed, “We’re nobody’s ThirdLove, we’re their first love.” We are flattered for the mention, but let me be clear: we may not have been a woman’s first love but we will be her last. To all women everywhere, we see you, and we hear you. Your reality is enough. To each, her own. -Heidi @heidi

Following the Vogue interview, ThirdLove published an open letter and launched a petition to boycott the Victoria’s Secret fashion show this year in an attempt to force the brand to “be more diverse and inclusive of body shapes and sizes on their runways.”

Women are tired of trying to comply to Victoria’s Secret’s narrow standards of sexiness and are looking for brands which support a healthy body image.

How did Victoria’s Secret deal with the crisis?

The first step following Mr. Razek’s interview was Jan Singer stepping down as the company’s CEO. No other measures have been announced so far.

The company is in dire need of re-branding and re-evaluation.

Women have changed since the 1980s and if the brand doesn’t keep up with its clients, it will get out-marketed and out-competed by other lingerie brands.

Although a lot smaller than Victoria’s Secret, these brands are more in tune with their customers. And this is the winning recipe.