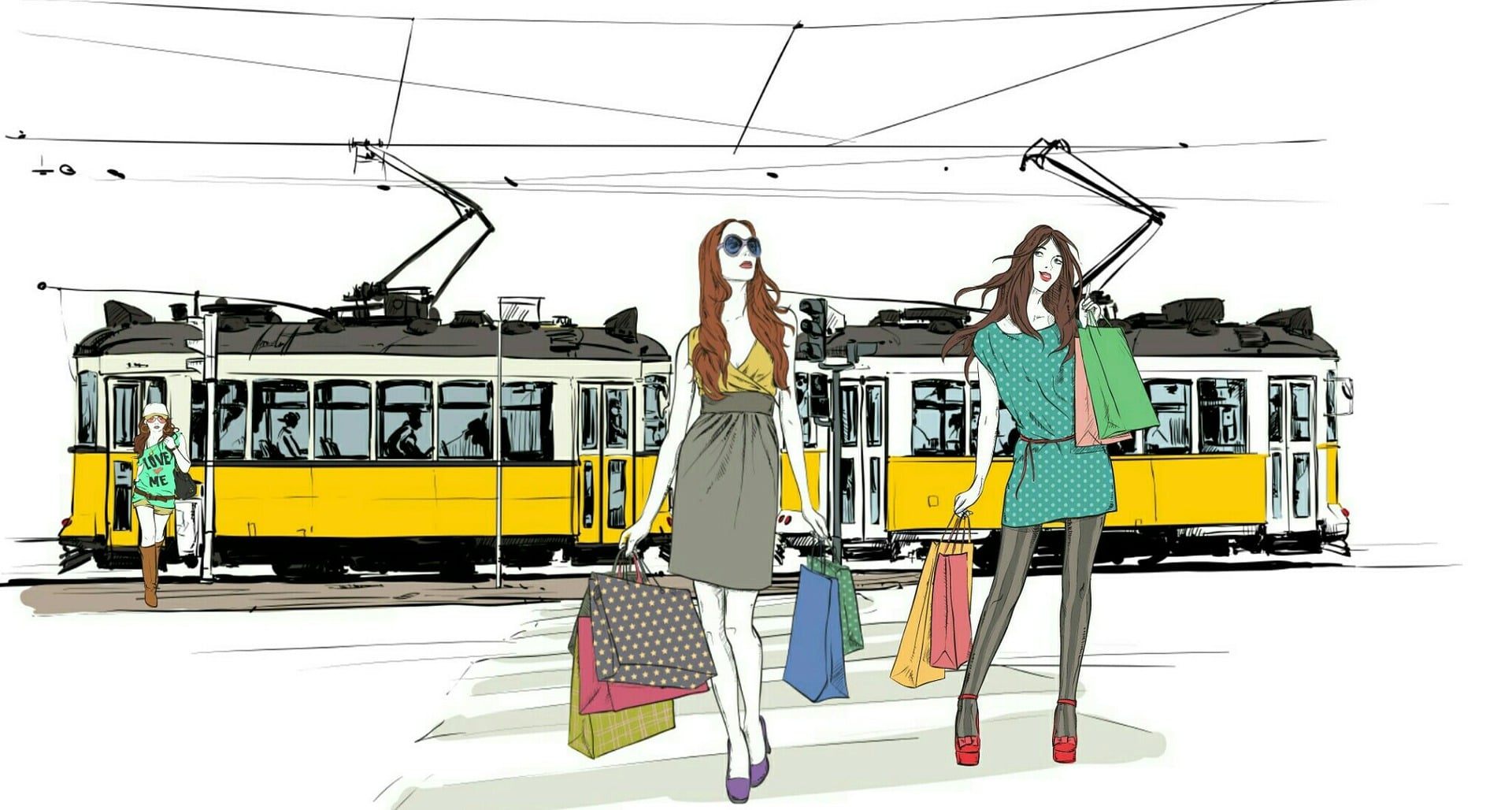 5 Powerful Consumer Trends for 2019 from TrendWatching

Brands are no longer setting the pace for its consumers. In fact, it’s the other way around – these days, consumers have the upper hand over brands.

TrendWatching has identified 5 most powerful consumer trends which will influence brands in 2019.

Let’s break them down and find out more about each one of them! 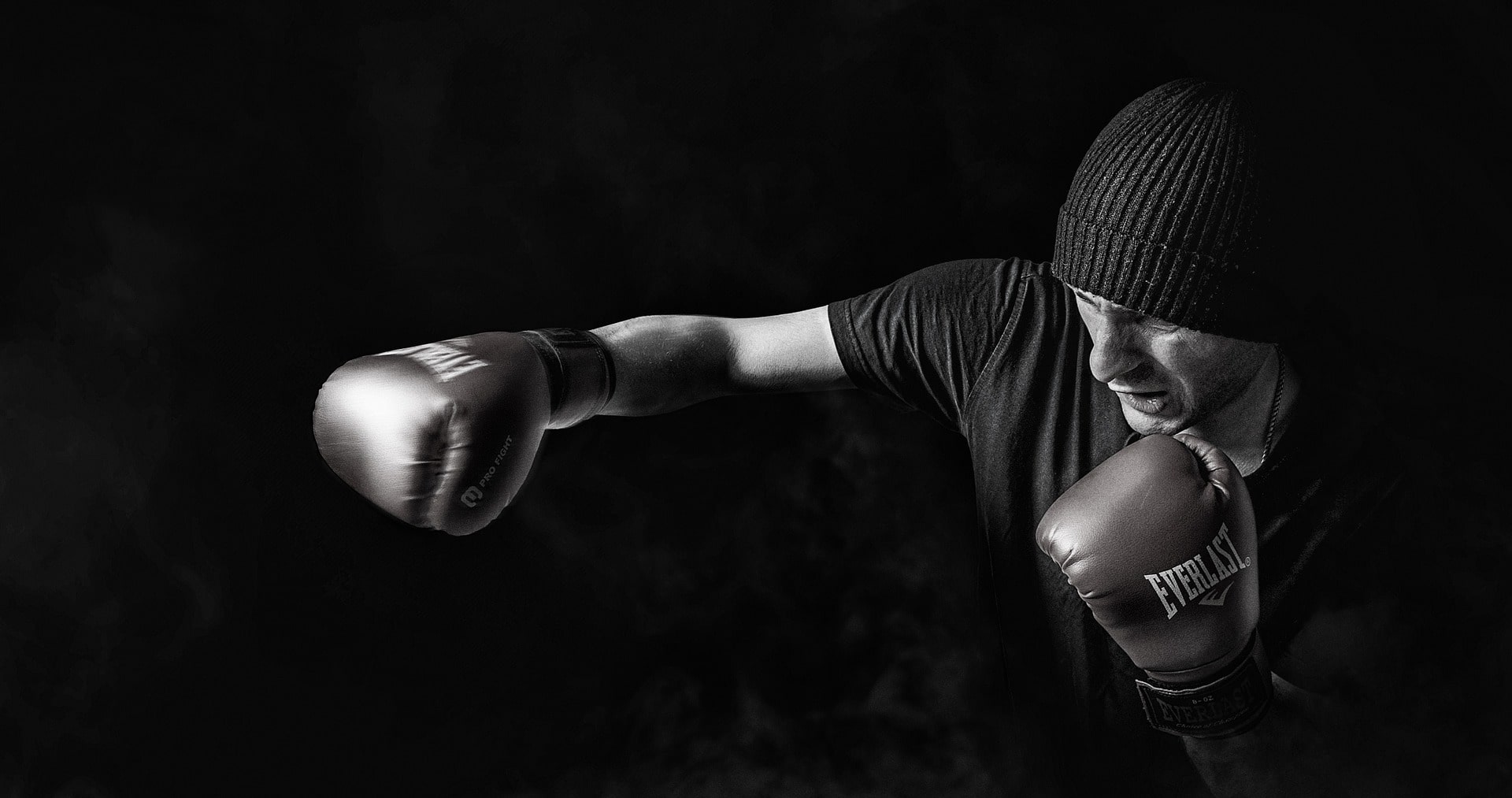 In 2019, frustrated consumers will welcome LEGISLATIVE BRANDS: corporate interests using their significant power to call for, promote, and even impose laws that drive constructive change and make the world a better place.

In 2019, successful brands will step up their game and become a leader instead of a supporter. They will move past raising awareness; they will set out to influence and change the social issues that challenge the values they are passionate about.

In August 2018, Microsoft published on the company’s blog the article Paid parental leave matters. In this article the company acknowledges the importance of paid parental leave which leads to “improved productivity, higher morale and lower turnover rates” and also helps “counteract gender caregiving stereotypes, neutralize stigmas and promote equity in the home and office.”

The tech company expresses concern regarding the insufficient number of companies which actively implement this policy – only 13%. As one of the largest employers in the world, Microsoft could have been satisfied with doing the bare minimum – implementing this policy. But the company didn’t stop here. Microsoft announced they will work only with suppliers which implement this policy within their organisation.

How committed is your brand to its values?

How willing is your brand to move beyond supporting the fight to going down in the trenches and fight the battle? 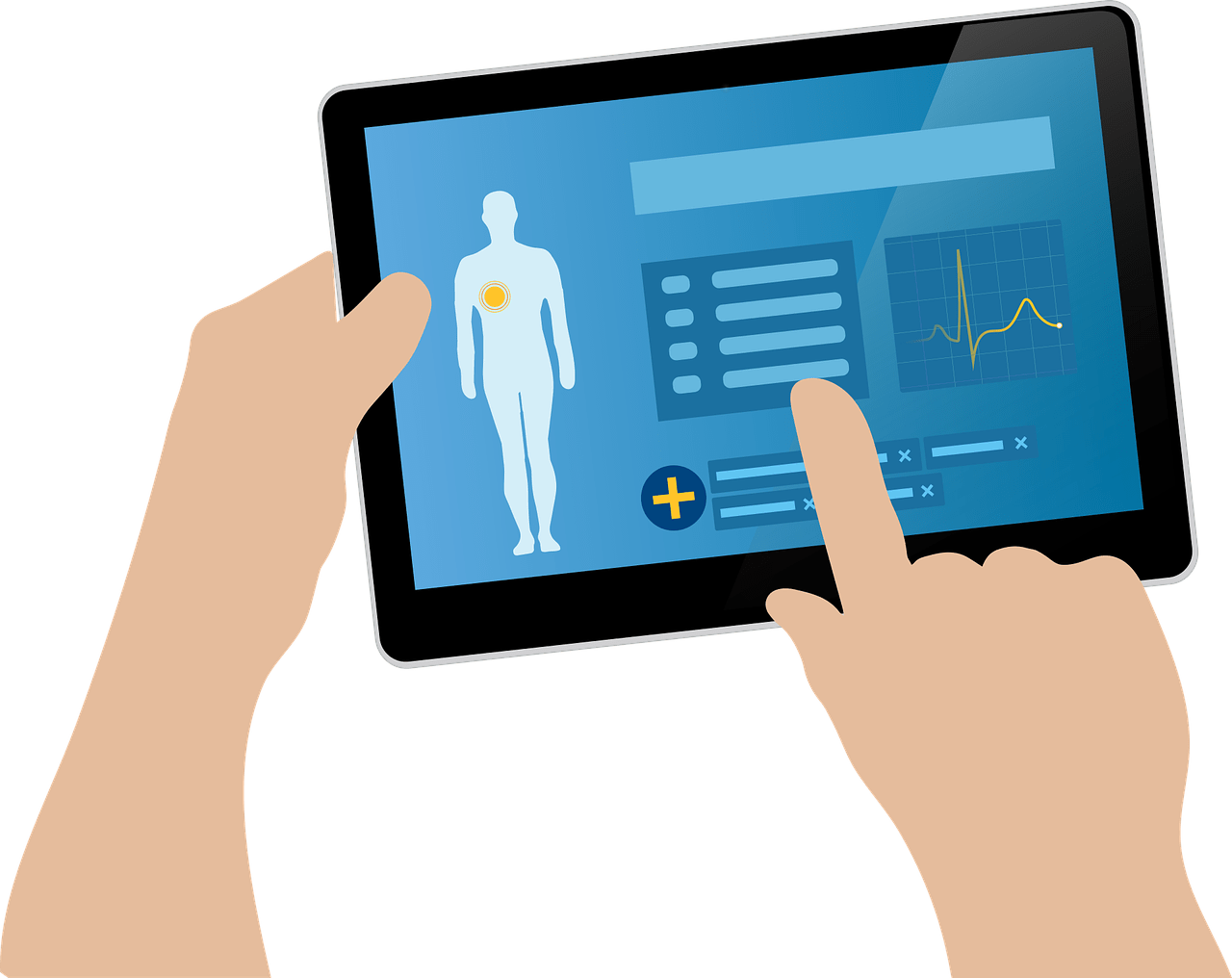 Over the past few years, being healthy meant more than attending the annual physical check-up. Today there is a plethora of apps and platforms helping consumers achieve their health and wellness goals.

The global wellness industry is estimated to be worth over $3.72 trillion and 2018 is predicted to be the biggest year for wellness yet (source: welltodoglobal.com).

A recent survey shows that 80% of consumers are interested in health and wellness irrespective of generations – from Baby Boomers to Millennials (source: L.E.K. Consulting, July 2018).

In 2019, LAB RATS will see human wellness and lifestyle as an engineering problem to be solved. This outlook, with its origins in the Valley, will see rising numbers enthusiastically apply a test and fix approach to optimizing their health and lifestyle outcomes.

Nestle, the company whose portfolio includes brands such as Kit Kat, Lion and After Eight has made a surprising and bold move entering the market of health conscious food. The company recently launched the “Nestle Wellness Ambassador” program in Japan. The program uses artificial intelligence and DNA testing to deliver personalised diets to its 10.000 users.

If your company is in the health and wellness sector, there are many opportunities you can take advantage of.

If your company is not part of this industry, you can still make the best of this trend. Ask yourself how your company can drive constant optimization. How can you empower your customers to understand, control, test and fix every aspect of their experience? 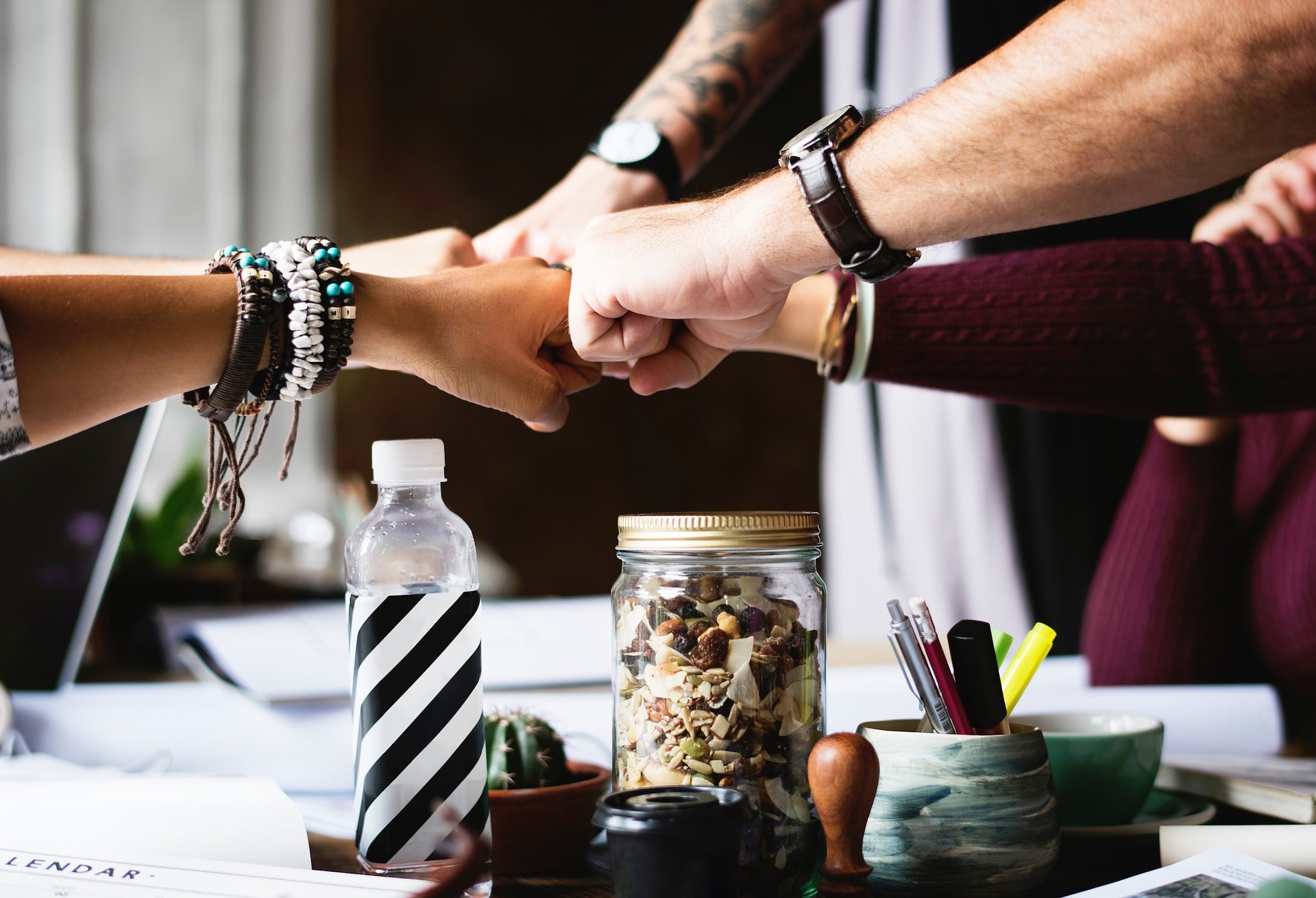 In 2019, the boldest and most inspiring organizations will embrace OPEN SOURCE SOLUTIONS: sharing and even giving away their innovative solutions to our toughest shared problems.

Big traditional companies founded many years ago are making efforts to reduce their negative impact on environment and society overall. Today’s companies are built on sustainable and ethical business models. They don’t need to change; the change is already part of their business DNA.

But revolutions are made with crowds, not individuals. Not even the big brands can succeed on their own. It takes a concerted effort to be successful. That’s when sharing comes into play. Companies need to create powerful solutions and then share them with the world.

Recently, Starbucks made the headlines following an incident in which two African-American customers waiting for a meeting were arrested after an employee called the police. In order to prevent such incidents from repeating, the company closed all its stores on May 29 to train its staff in identifying racial bias. The company made its program available to everyone interested in approaching racial bias on its website: The Third Place.

Where are you making a positive impact? Could you have a bigger impact if you shared what you were doing? Could you ask your competition or other brands to join you so together you can make a relevant change in your industry or in society?

This trend is about leaving a legacy which outweighs short-term benefits. 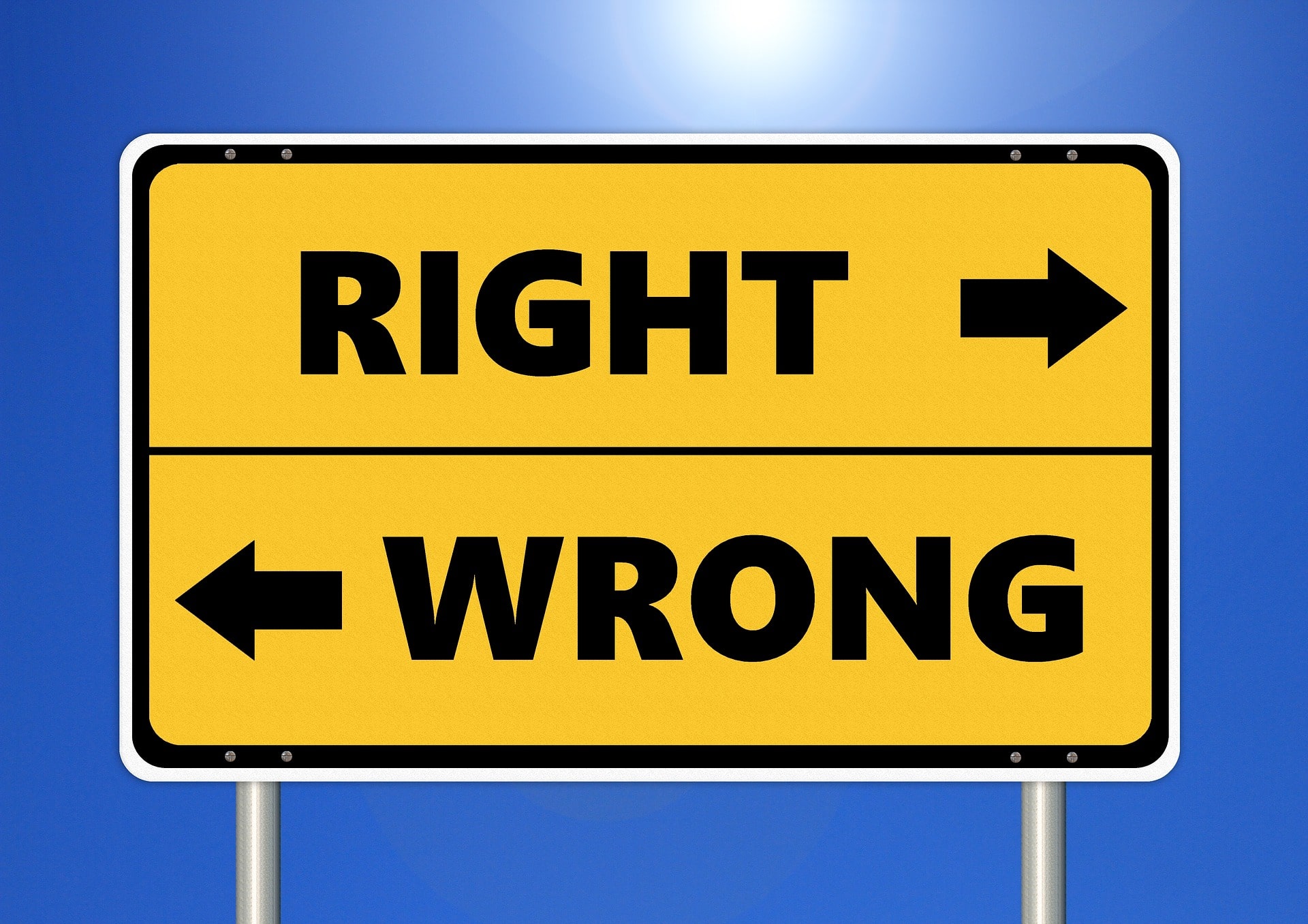 In 2019, rising numbers of consumers will demand SUPERHUMAN RESOURCES: ethical AI and algorithms that deliver fair and unbiased decisions.

Technology has been caught up in various scandals over the years. Google, Facebook, Amazon, Apple – they were all involved in scandals regarding copywriting, fake news and numerous law infringements. They all promised to democratize information, but they failed to mention the costs for their users.

On some occasions, the use of AI and algorithms has proved deeply flawed and bias-ridden. Cases in point:

Reports have found that 97% of consumers now expect brands to use technology ethically (source: we-worldwide.com).

Beginning with 2019, consumers are holding companies accountable for the way they use tech. They are not only watching them closely, they are telling brands what they should do. Brands are way past the days of saying to the public “we’re just a platform, a medium, we are not responsible for how users use our platform” which was Mark Zuckerberg’s official stand in the immediate days following the Cambridge Analytica scandal.

It’s not just about what tech brands can do anymore. It’s about what they SHOULD do — to protect their users, to champion free speech while minimizing the harm toxic words can cause, and to create a better, more just society where information and communication tools are accessible to all.

Brands in Motion: Ethical Leadership in a World on the Move

In the aftermath of the scandal, Facebook made a 180 degrees move and began developing and implementing various programs to fight fake news, become GDPR compliant and more recently, to use AI responsibly. In an article on the Facebook code platform, the tech company has expressed its commitment to research and develop AI tools while applying questions of ethics, fairness and trust.

Our efforts to eliminate algorithmic bias and irresponsible AI deployment include careful consideration of the code we generate as well as the people we hire to write, manage, and approve those AI systems.

Facebook’s approach to a responsible AI starts with the human factor – the people writing the code. The company states that it has adopted a more inclusive hiring strategy with the belief that a “diverse workforce might prevent some problems in the planning stages of a project by bringing more points of view to the table”. If the problem escapes human eyes, the company has processes and tools in place to capture the respective issue during development. If these tools also fail to pinpoint the problem, Facebook’s last resort is the Fairness Flow, an internal tool which measures how an algorithm interacts with specific groups of people.

What can you do to make sure your company’s AIs are ethical and unbiased?

If AIs are not part of your company’s make up, you can still join in this trend.

Explore how your company can put AIs to good use and discover with their help important insights or start conversations around sensitive subjects.

In 2019, fanciful worlds will permeate the real world as never before. As consumers seek out FANTASY IRL and play on the blurring boundaries between real and imagined, smart brands will join in the fun!

The number of brands using augmented reality and virtual reality to attract, delight and retain customers has increased over the past years.

Let’s not forget the Pokémon Go craze which had millions of people worldwide playing the game in 2016.

Big brands such as Nike and BMW have delivered augmented reality powered campaigns on Snapchat.

Ray-ban, IKEA and Sephora built their own AR-based apps to ease the decision making of their customers.

Seeing this rising trend, Google announced the introduction of AR for the web, helping brands delight their website visitors with on-site AR experiences. Or you can open inter-dimensional portals.

According to emarketer.com, the global augmented reality ad revenues are expected to top $2 billion by 2022.

Augmented reality is already a generating revenues reality for brands using this technology. Brands are slow to adopt and implement virtual reality strategies because it involves hardware which is still costly to the average consumer.

But efforts are made towards making the VR software and hardware more easily adopted by the mainstream market.

Playing with virtual and digital tools is a lot of fun! How is your company going to offer this kind of entertainment to its consumers?